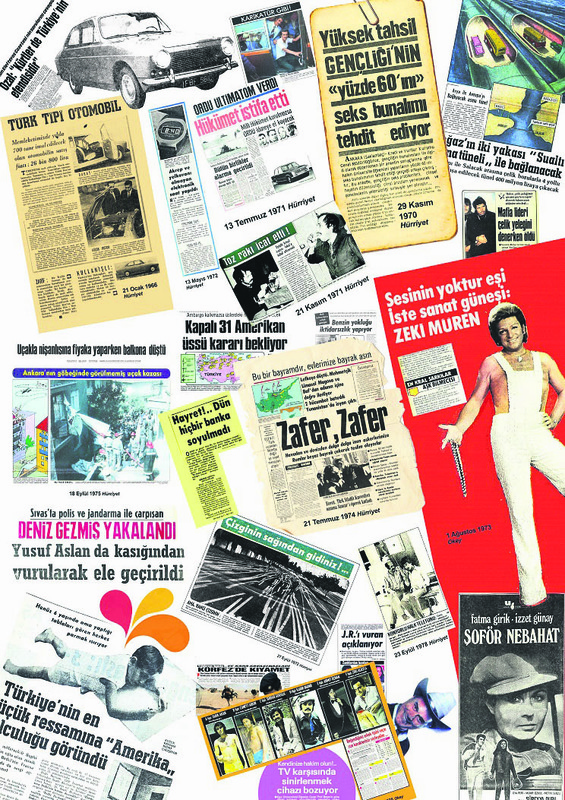 by Zeynep Esra İstanbullu Dec 19, 2015 12:00 am
The Media Monitoring Center (MTM), which monitors and analyzes the media 24 hours a day, seven days a week, is hosting an exhibition that will shed light on modern trends. The inauguration ceremony was held on Dec. 17 for the exhibition which features newspaper clippings from 1929 to 2015.

Speaking at the opening ceremony, MTM General Manager Halef Remzi Vayıs said that the content of the exhibition was carefully chosen: "We did not only analyze the newspaper clippings statistically. Each clipping sheds light on the trends of its respective time period through content, language, technology and the paper it was printed on."

The president of Koro Advertising Agency, the curator of the exhibition, Mustafa Can gave an inaugural speech saying journalists and society can understand modern society in a better way by studying old newspapers. "Today's newspapers bear important messages for the future," he added.

The exhibition does not bring important news from history together; , but rather the clippings were chosen with nostalgia in mind, to display the emotional panorama of Turkey.

The exhibit studies the details of social life in Turkey since 1929. A total of 300 clippings were chosen after hundreds of thousands of others were carefully considered. The clippings chosen for the exhibition are those that best reflect the social lives and emotional perspectives of their respective eras. The exhibition is a display of the evolution of social norms and the effects it had on society over the past 86 years.

While all the clippings selected show how the flow of life has changed since 1929, certain pieces in the exhibition stand out. News about World War II, the 1965 announcement of Istanbul's population reaching 883,000 and news of the 2016 opening of the Marmaray stand out as points in history. There are news clippings about Zeki Müren and İbrahim Tatlıses, the first female police commissioner, newly introduced tram services and the deaths of former presidents. The MTM exhibit will be open until June 17, 2016 and is open on weekdays during working hours, from 9.00 a.m to 6.00 p.m.
RELATED TOPICS