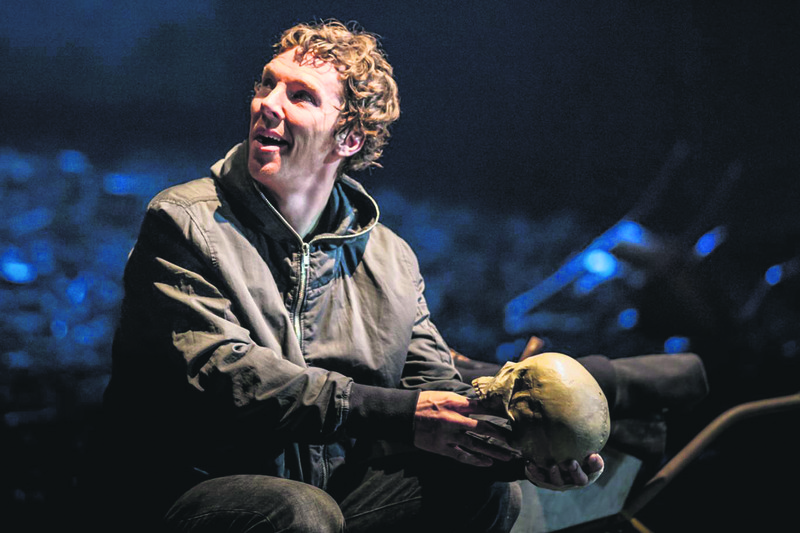 by Zeynep Esra İstanbullu Dec 23, 2015 12:00 am
Oyun Salonu, an initiative of the Istanbul Foundation for Arts and Culture (İKSV), continues to screen the National Theater's "Hamlet" production. Academy Award-nominated and Emmy-winning British actor Benedict Cumberbatch, who won legions of fans worldwide after his roles in blockbuster movies "12 Years a Slave" and "The Hobbit" and BBC TV series "Sherlock," animates one of Shakespeare's most celebrated characters, Hamlet.

The stage production by the National Theater - one of the most important theaters in the U.K. - broke records with an audience of over 225,000 people when it was broadcast live at 1,400 cinema halls in 25 countries. Tickets for the National Theater production of "Hamlet" sold out a year ago before the performance at Barbican Centre in London. Directed by Lyndsey Turner and produced by Sonia Friedman Productions, the adaptation of Shakespeare's "Hamlet" will be screened today at 7:30 p.m. at Oyun Salonu.
Last Update: Dec 23, 2015 1:15 am
RELATED TOPICS