Exhibition casts light on the Battle of Gallipoli and its legacy 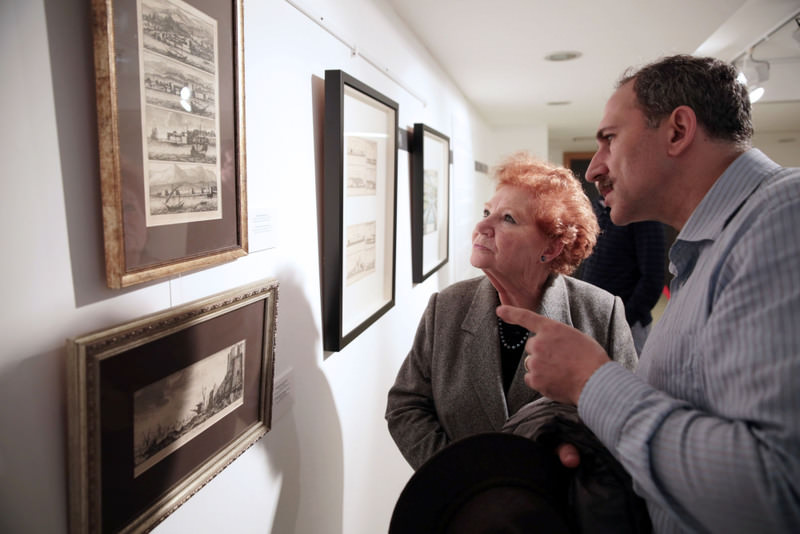 by Zeynep Esra İstanbullu Feb 18, 2016 12:00 am
In honor of the 100th anniversary of the Battle of Gallipoli, an exhibition titled "Gallipoli in the Great War and its Heritage" has been organized by the Istanbul Şehir University Department of History, opening its gates to Istanbulites with interesting photographs and archives. Speaking at the opening ceremony, university chancellor Prof. Dr. Cengiz Kallek said that the Battle of Gallipoli played a crucial role in the creation of modern Turkey. With English translations attached to every artifact featured in the exhibition, visitors can explore this historical exhibit until April 4.

The "Gallipoli in the Great War and its Heritage" exhibit is the first branch of a larger project titled, "Commemoration of the Gallipoli Victory: Causes, Effects and Heritage, 1915 - 2015," is endorsed by the Prime Ministry and the Presidency for Turks Abroad and the related communities. The exhibition casts light on the effects of the Battle of Gallipoli on modern Turkey while casting light on how Turkish-Australian relations have been shaped since the battle, and how those effects are reflected in Turkish popular culture.

Curated by a faculty member of the university's history department, assistant professors Kahraman Şakul and Sinan Ceco, the exhibition features unique pieces of history; namely, maps engraved with historical depictions of the Battle of Gallipoli, various objects and paintings, original documents, propagandized postcards, photographs, books, newspapers and magazines related to the battle as well as a screening of an anthology of films and documentaries and old films featuring propaganda regarding the Battle of Gallipoli. With consultation from Haluk Oral, Savaş Karakaş and Servet Afşar, the expedition also offers its catalogue to visitors free of charge. Within the framework of the project, a daily Gallipoli trip and Battle of Gallipoli Panel are also planned.
RELATED TOPICS