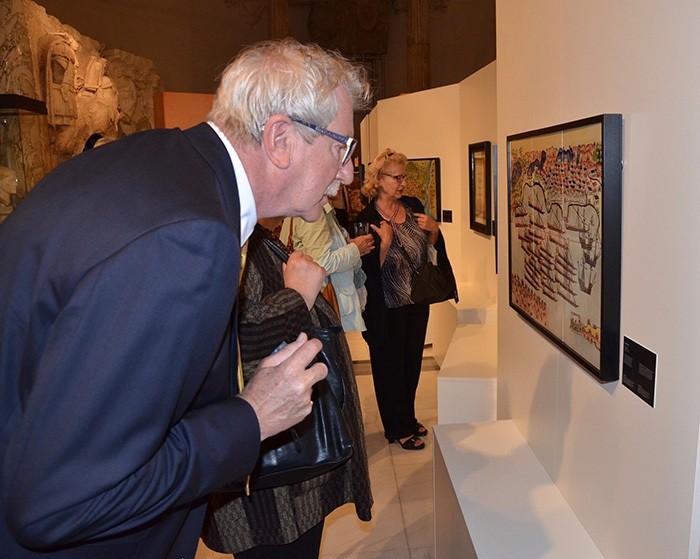 An exhibition on Ottoman scholar and intellectual Matrakçı Nasuh was inaugurated in Austria's capital Vienna.

Entitled "Matrakçı Nasuh: A 16th Century Genius", the exhibition was presented to art-lovers in Vienna's Museum of Art History.

The exhibition was designed by the Istanbul Intercultural Art Dialogues Association (IAKSD) and hosted by the Yunus Emre Institute's Vienna branch.

At the inauguration late Wednesday, Turkish architect Sinan Genim gave a lecture on "Matrakci Nasuh and his memories".

Born in the Bosnian town of Visoko in 1480, Nasuh joined the Ottoman sultan's household as a janissary, showing exceptional military skill and inventing "matrak"-a sword game used for training.

He also wrote books on warfare, history and mathematics and was a talented miniaturist who created a new style of painting, focusing on panoramic views.

During the inauguration, a mini-concert titled "16th Century Turkish Music" was performed by the Istanbul Turkish Music Research and Performance Ensemble.

The 450th anniversary of Nasuh's death was marked by the United Nations Educational, Scientific and Cultural Organization last year.

The exhibition will run until June 12, having previously been displayed in Sarajevo, Belgrade and Istanbul. The presentation will go on to be shown in cities around the world, including Paris, Rome, Tokyo and Washington.