Museum to be built to commemorate democracy martyrs 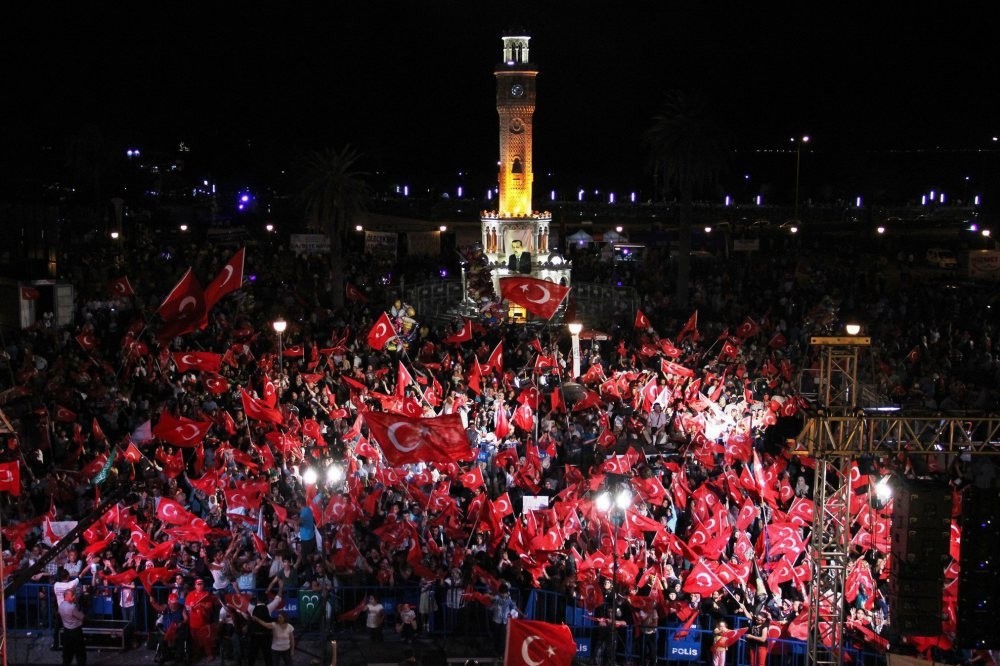 by Daily Sabah Aug 09, 2016 12:00 am
A July 15 Martyrs and Democracy Museum will be established to keep alive the memories of the people who were killed during the failed coup attempt orchestrated by the Gülenist Terror Organization (FETÖ).

According to a statement released by the Istanbul Metropolitan Municipality's cultural enterprise, Kültür A.Ş., the memories of the "democracy martyrs" will be immortalized with a July 15 Martyrs and Democracy Museum and a July 15 Martyrs Book.

The authorities have already mobilized to collaborate with the Istanbul Governorate, Istanbul Police Department, the chairmanship of the political parties, the Command of the First Land Armies and Atatürk International Airport for the establishment of the museum, which is planned to be built by Metropolitan Municipality Mayor Kadir Topbaş.

The museum will feature interviews with the families of the deceased and the injured who protected the national will on the night of July 15 as well as the cars that were crashed by the junta tanks, cameras that were destroyed during the attacks and many other objects that bear the traces of the failed coup attempt.

Moreover, the red truck that was driven by Şerife Boz, one of the symbols of the coup attempt, will be in the museum. The museum will also put various images belonging to the dark night on display along with the other images and objects belonging to previous coups.

The life stories and articles emphasizing the importance of unity and solidarity will be compiled for "the July 15 Martyrs Book."
RELATED TOPICS