Want a drive with De Niro? Hail a Sarajevo taxi 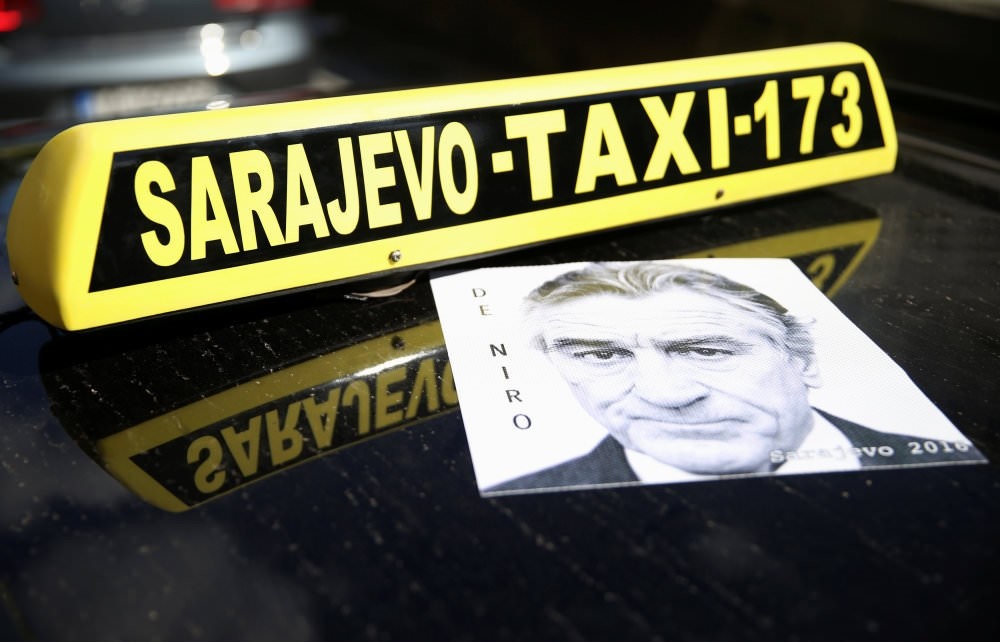 by Aug 15, 2016 12:00 am
Hundreds of Sarajevo taxi drivers have stuck posters of Robert De Niro on their cabs in tribute to the actor who will open the city's film festival on Friday with a screening of "Taxi Driver".

In the movie, which has been digitally restored for its 40th anniversary, De Niro plays a lonely, depressed former U.S. Marine living on his own in New York who becomes a taxi driver to cope with his chronic insomnia.

"Many of our colleagues became taxi drivers after being retired from the Bosnian army and in a sign of gratitude and compassion with the main character we have decided to stage him a warm welcome in this way," Hasib Losic of the Sarajevo Taxi Association told Reuters.

Some 300 taxi drivers have put up De Niro posters, most depicting him with his hair shaved into a mohawk, onto their windscreens and more will follow the suit during the nine-day Sarajevo Film Festival.

The festival, founded as an act of defiance towards the end of the 1992-95 siege during the Bosnian war, will this year show 222 films from 61 countries to an audience of about 100,000.

It will honour De Niro with a lifetime achievement award on its opening night.