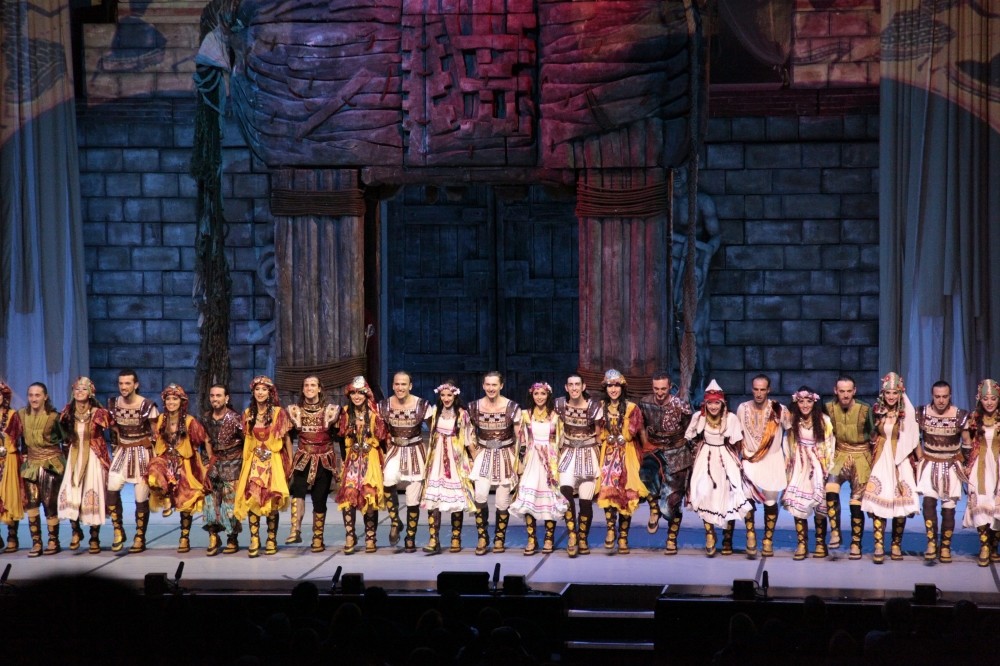 Franco Dragone, characterized as 'the genius of the entertainment world,' announced that he would collaborate with Mustafa Erdoğan, the General Art Director for the world-renowned Turkish dance company ‘Fire of Anatolia'

The founder of Dragone Productions, Franco Dragone, who gained fame with his show "Cirque Du Soleil," saw an "Fire of Anatolia" performance in Antalya's Aspendos Arena as a special guest. Addressing the press following the performance, Dragone said he has followed Erdoğan's works for several years. Stating that he wants to take Erdoğan "to his world," meaning Europe and the U.S., Dragone said, "This would be a great honor for Turkey." Asked about future collaborations, the world-renowned producer said that is why he was in Antalya. 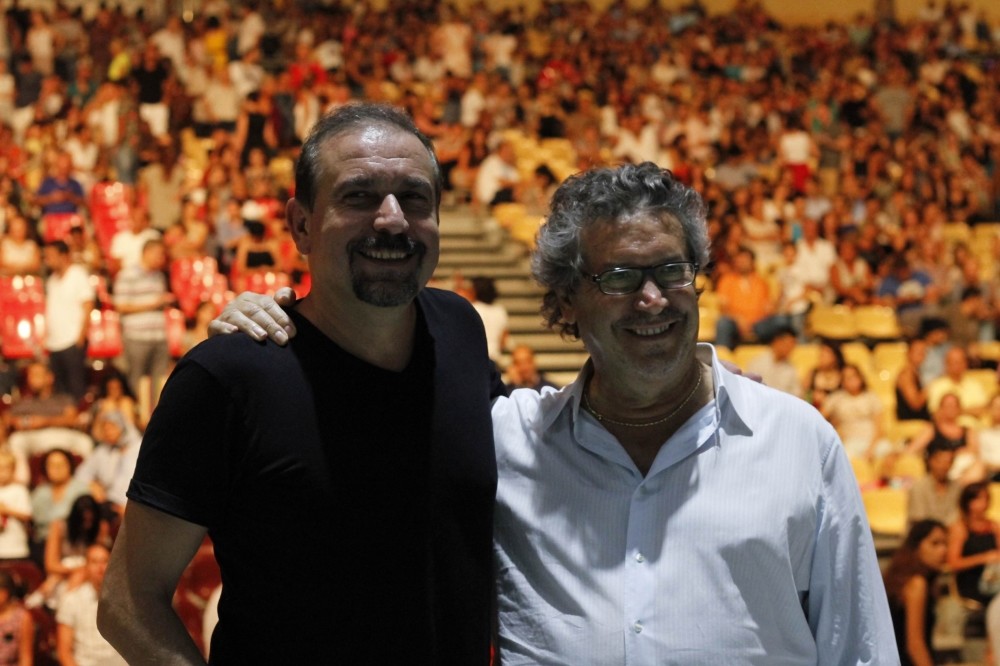 Mustafa Erdoğan (L) and Franco Dragone. "People in Turkey might get used to the magnificence of 'Anatolian Fire' as they have a chance to see it anytime they like; however as an outsider, I find it very amazing. I believe that the rest of the world should see it," Dragone said.

Dragone commented on Erdoğan's work by saying that Erdoğan always adds something new: "I want to co-produce a show, not only in Turkey but also around the world. I know that Erdoğan travels the world, but I want to take him to places that he has never been before. I wish him to be recognized around the world. People in Turkey might get used to the magnificence of 'Fire of Anatolia' as they have a chance to see it anytime they like; however as an outsider, I find it very amazing. I believe that the rest of the world should see it." Dragone wants to learn a few things from Erdoğan, "Both Erdoğan and I have millions of viewers around the world. When they come together, we will be stronger. We should introduce Turkey to the entire world."

Erdoğan said he is honored by Dragone's visit and comments, adding that Dragone is a master who produces huge shows around the world: "It would be an honor to work with him. Until now, we were trying to produce in Turkey by ourselves. We have so far reached 45 million viewers. I have been everywhere in Turkey and around the world, but we will be stronger when we join forces with Dragone. It is an honor for Turkey that they discovered us."

Erdoğan said that he has worked with Dragone for six years, announcing that they will rehearse their project on Friday and then will let the public know about the new project.

Hundreds of people, including locals and domestic and international tourists, watched Fire of Anatolia's show at Antalya's Aspendos Arena. The show, which brings together folk dances from various Anatolian regions, received a standing ovation from the audience.
RELATED TOPICS