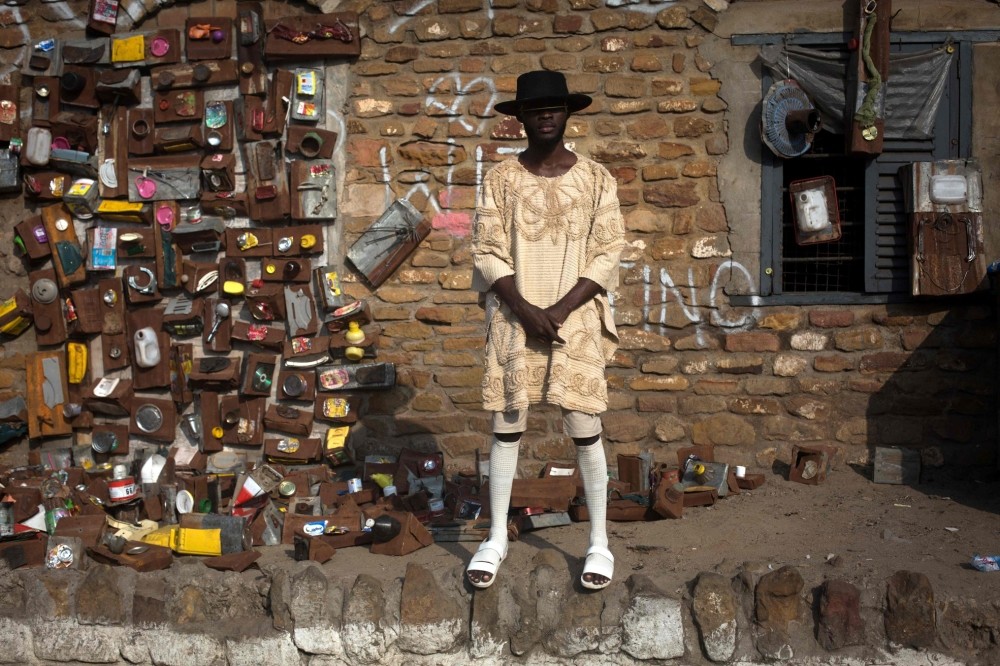 by French Press Agency - AFP Aug 24, 2016 12:00 am
A satirical cartoon depicting a celebrity in Ghana schooling a British diplomat on how to speak pidgin English won laughter and praise from the crowd at a street festival in Accra.

Ackwerh's cartoon was just one example of contemporary art on display at the Chale Wote street festival, a showcase for up-and-coming artists held in Ghana's capital at the weekend.

"A show like this is more for the avant-garde tastes," Ackwerh told AFP, explaining that art today in Ghana is so much more than gaudy sunset paintings and tribal masks.

"I feel like the space here has moved from that particular imagery and we are in a very modern space."

Along a historic street in Accra, crowds danced to the deep beats of local hip-hop and snapped selfies in front of colonial buildings decorated with elaborate, artistic graffiti.

Modern and contemporary African art has been on the upswing for years with a growing number of galleries - chiefly in London - selling art from the continent for millions of dollars.

"I think that West Africa is possibly the most interesting area of the continent at the moment," O'Leary said.

"What's happening in Ghana is very exciting," she said.

"It feels like there is a new movement of graduates... it's not just painting and pictures but a lot of sculpture and performance art, which is much less traditional."

But despite the international demand, public funding for art in Ghana remains scarce.

There is little government support and galleries are more likely to feature already famous artists than promote new ones.

Still, the artistic scene in Ghana is thriving. It has produced contemporary heavyweights El Anatsui, a sculptor famous for his metallic tapestries, and Ibrahim Mahama, who creates massive installations covering entire buildings with jute sacks.

The Chale Wote festival co-founder Sionne Neely, who runs an artist network in Accra, says she started the event in 2011 after spotting an opportunity to provide a platform for artists to show their work.

"We decided if we were going to change anything, it's going to be us to do it," said Neely. "We decided to combine our creative talents, energy and passion to do something."

Five years later, the festival sees more than 200 Ghana-based and international artists take part and thousands of people hitting the streets to take in the sights.

For artists like Ackwerh, the exposure can't come at a better time.

"The concept of art here in the mainstream is still very, very limiting, so not many forms of expressions are considered worthy of space," Ackwerh said.

In spite of their punk status, contemporary artists in Ghana are gradually carving out a space to call their own.