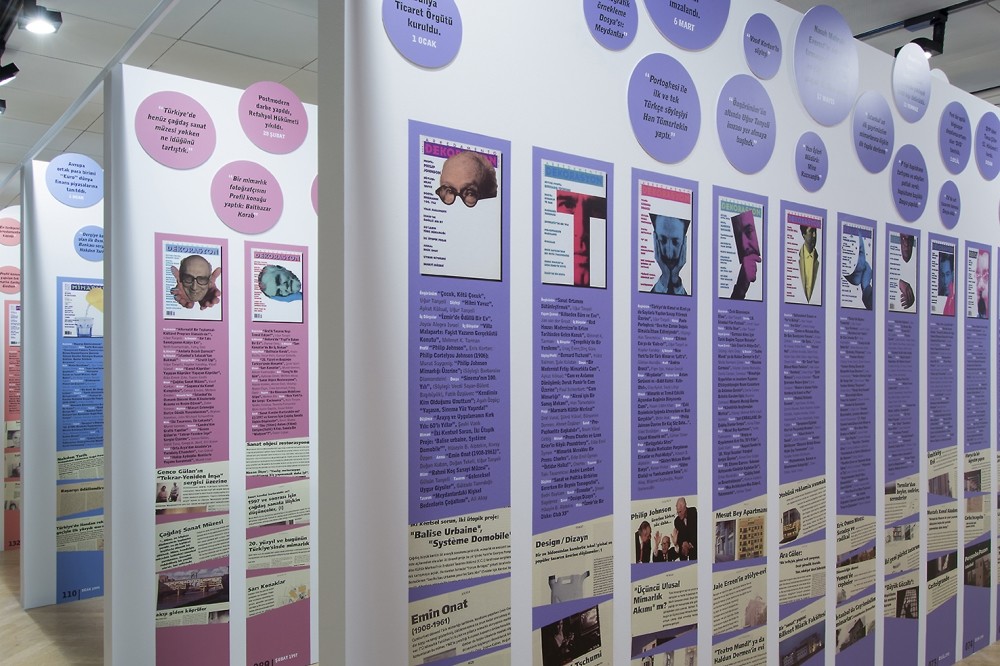 by Daily Sabah Feb 01, 2017 12:00 am
One of Turkey's oldest design and architecture magazines "Arredamento" is celebrating its 27th anniversary with a visual tribute to its history in collaboration with SALT Galata, welcoming visitors to an exhibition from Jan. 26 to March 12.

Installed in the Open Archive on the third floor of the venue, the exhibition features 300 issues of the original magazine - formerly a popular interior design journal - which has since been transformed to include architectural content and theory-inspired information which has propelled the magazine's success without financial sponsorship or institutional support.

A total of 999 people have contributed to the exhibition's content with written and visual content from 300 issues of the magazine, including original covers and compelling features from each issue. The exhibition also sheds light on both the transformation of "Arredamento" and the historical context of its 27-year-journey.

It consists of a set of data visualizations accompanied by a video interview conducted between the magazine's editor Uğur Tanyeli and its publisher Bülent Özükan.

In tandem with the exhibition, a panel on architectural publications will be held on Feb. 4. Afterward, Bülent Erkmen will give a talk on Feb. 25 on his story of designing each cover of the publication. Both programs will take place at 3 p.m. at SALT Galata and are open to the public.
RELATED TOPICS