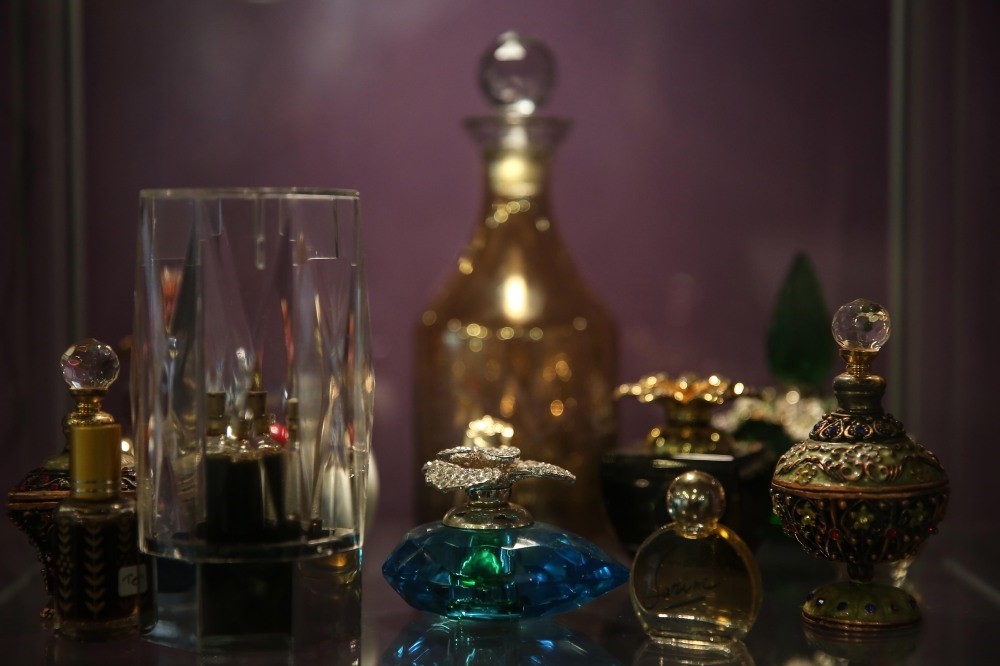 The scent "Asr-ı Saadet," which was used while cleaning the room where the Islamic Sacred Relics were kept in Topkapı Palace in the 17th century, has been reproduced by scent expert Bihter Türkan Ergül after three years of research in the Topkapı Palace archives.

Through the guidance of documents found in the archive, the scent was remade by formulating uhud, amber, musk, cedar, rose oil and water scents. During the production of "Asr-ı Saadet," some of the ingredients were ordered from abroad and it took eight days to mix and formulate the scent. The historic scent "Asr-ı Saadet" will be presented to President Recep Tayyip Erdoğan for the first time at the Presidential Palace next week.

Expert Ergül talked about her journey to revive "Asr-ı Saadet," a scent that dates back four centuries, and its importance to the Ottoman Empire to Anadolu Agency (AA).

Ergül explained that offering odors and scents was a very important ritual both in the daily life of the Ottomans and in state business, as it was an activity advised by the Islamic prophet Muhammad. Scents were even used in treatments at Ottoman hospitals.

She claimed that aromatizing sacred places and the Sacred Relics was an intense process and continued: "We have finally discovered the recipe for the acclaimed scent, dating back to the 17th century, after three years of study. The document features how much dirham [an old measurement of weight] is used of uhud, amber, musk, cedar, rose oil and water odors. We proceeded with the assumption that this document is a recipe, but we can never claim that this scent is the same scent that was used by the Ottomans since the scents used back then are not the same as ones used today. We do not have a sample that we can smell and compare to our product."

The preparation of scents was a ritual for the Ottomans. The scents were initially formulated with ingredients that were gathered on the 15th day of the holy month of Ramadan, and the ritual lasted for eight days. Once the scent was prepared, it was presented to the Ottoman sultan at the mosque he went to pray for Laylat al-Qadr, "the Night of Decree" when the first verses of Quran were revealed to Muhammad.

Once the scent got the approval the next day, the door of the room where the Sacred Relics are kept in Topkapı Palace would be rubbed with 20 grams of rose oil. The interior of the room would be wiped with "Asr-ı Saadet" by 12 people who were fasting. Once the job in the room was over, the rest of the scent was given to the harem and the scholars of the time.

Ergül said the Ottomans had another ritual for a different scent, practiced in the 17th century, and they are studying the archives to discover this scent's recipe.

"The maintenance of the Has Room was the responsibility of the sultan. The dirt collected during cleaning in the room where the Sacred Relics were kept was put in a jar. This dirt was mixed with uhud, amber, and musk, turned into tablets and put inside gold cases. The same scent was also used to aromatize the Has Room where the sweater of Muhammad is kept. Since offering scents and odors was a very important ritual for the Ottomans, the room of the Sacred Relics was always aromatized. The scents used were those preferred by Muhammad: amber, musk and uhud. When the Ottoman sultans assumed the title 'caliphate' after Selim I, they paid special attention to the care of the Sacred Relics and the aromas," Ergül said.

Ergül said the scent they prepared is based on the original recipe, adding they are not planning to sell the scent since it has a meaningful history. "Making this scent was one of my dreams. Our goal is to revive the long forgotten rituals of making odors. There are many rituals similar to 'Asr-ı Saadet,' such as the scents presented during Eids to statesmen, ambassadors and so on."

Ergül and her team have submitted the scent and the documents that helped them to recreate the scent to the Ministry of Health to get the approval from the ministry. "It is a very meaningful scent. If only we could rub this odor on the sweater of Muhammad and other Sacred Relics or use it in the Blue Mosque or Eyüp Sultan. My dream is to aromatize the room of the Sacred Relics with this odor once again," Ergül added.

Ergül stressed the importance of scents to the Ottomans and continued: "While the cloth that covers Kaaba in Mecca was sent with the Surre Regiment, odors were sent as well. If frankincense water was presented to you in the Hırka-i Şerif Regiment, this meant that you were allowed to see the sweater of Muhammad. It was an invitation. Moreover, the ambassadors that came to see the sultan were kept waiting in the palace, if they were offered rose water, that meant that they were invited to the throne room."

Ergül once again stressed that she does not want the scent sold commercially and concluded by saying: "We wish to present 'Asr-ı Saadet' to the statesmen. We will first present the scent to President Erdoğan at the Presidential complex. I wish I could make the exact scent, but remaking this scent under the guidance of the documents we found in the archives and reviving a ritual that has been long forgotten is my biggest wish and desire."