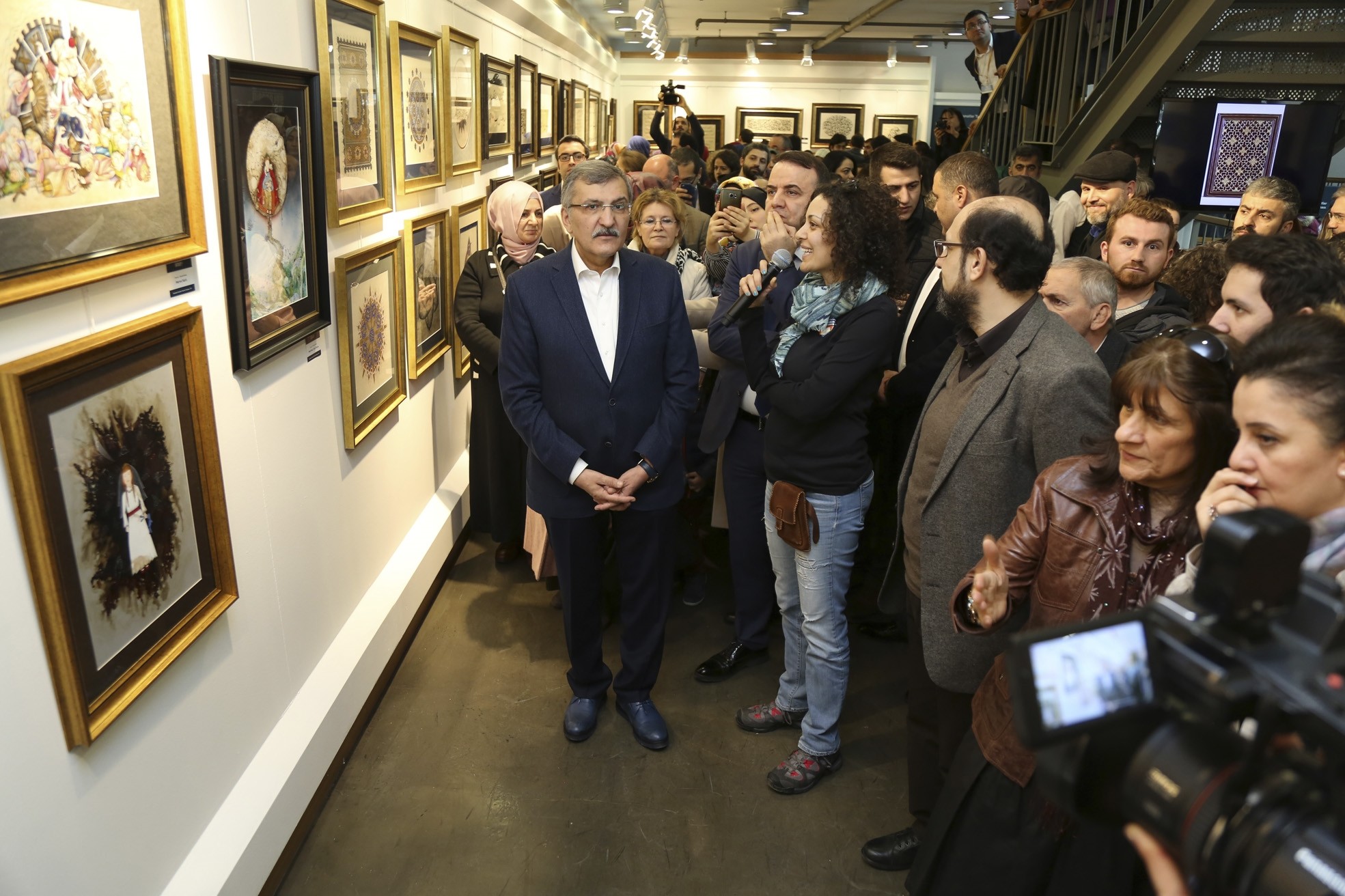 by Anadolu Agency Feb 06, 2017 12:00 am
The winners of the "Masters of Future IV: Traditional Arts and Design Competition," organized by Zeytinburnu Municipality with the sponsorship of Albayrak Holding, were announced with a ceremony overseen by Nedret Apaydın, the Provincial Culture and Tourism Directorate in Istanbul, and Murat Aydın, Mayor of Zeytinburnu Municipality, on Saturday.

At the beginning of his speech, Director Apaydın thanked everybody who put in an effort to make such an important competition a reality. He explained that their aim is to train future artists in Istanbul and said: "Art cannot be considered art all by itself. This is a much-used phrase in the artistic circles but when I say 'Art is not art by itself,' I mean that the artist is a person who positively affects himself, his family, his environment as well as the culture of the city he lives in. Within this context, all artists, including amateurs and professionals, should be supported. I want to thank the jury as they have undertaken a great deal of pressure."

Speaking at the ceremony, Zeytinburnu Municipality Mayor Aydın said the competition celebrates its 4th anniversary this year and continued: "We hope that this initiate will larger growth in the future and assume more meaning and duty. We want it to be one of the select and important art competitions in Turkey."

Aydın also expressed his hope there is an increase in the number of participants submitting their works to the competition. He said: "This year, a total of 191 artworks were submitted to the competition. More than a hundred of these artworks are created by female artists. We can say that the things that are touched by women's hand are becoming more and more beautiful. I want to thank all women for their contribution to the competition and volunteering for all the work they have done for the competition. People who want to leave their mark in the future have to show a great importance to culture and arts."

Artist Batuçugil claimed that art events such as the "Masters of Future IV: Traditional Arts and Design Competition" are very promising signs for the future of traditional arts and that the number of similar events should be increased. "We are intentionally drifted away from our original culture. Some people tried to make us forget about our past but the truth cannot be hidden," Barutçugil said.

Adding that it is not easy to decide which work is the best, the veteran artist continued: "We are hoping to hold more comprehensive competitions and exhibitions in the future. Design has been introduced to our lives and artists are going beyond the ordinary. It is good to see this. Art has to evolve. I believe that evolving is the secret of all creation. If we do not evolve, we could not pass the Neolithic Age."

The competition, whose theme was "compassion," welcomed submissions from Turkey as well as from other countries around the world. A total of 15 artworks were presented with awards in various sections of calligraphy, art of marbling and other traditional arts.

As part of the competition custom, artworks that win awards are displayed at the Zeytinburnu Culture and Arts Center in Istanbul.
Last Update: Feb 06, 2017 1:27 am
RELATED TOPICS