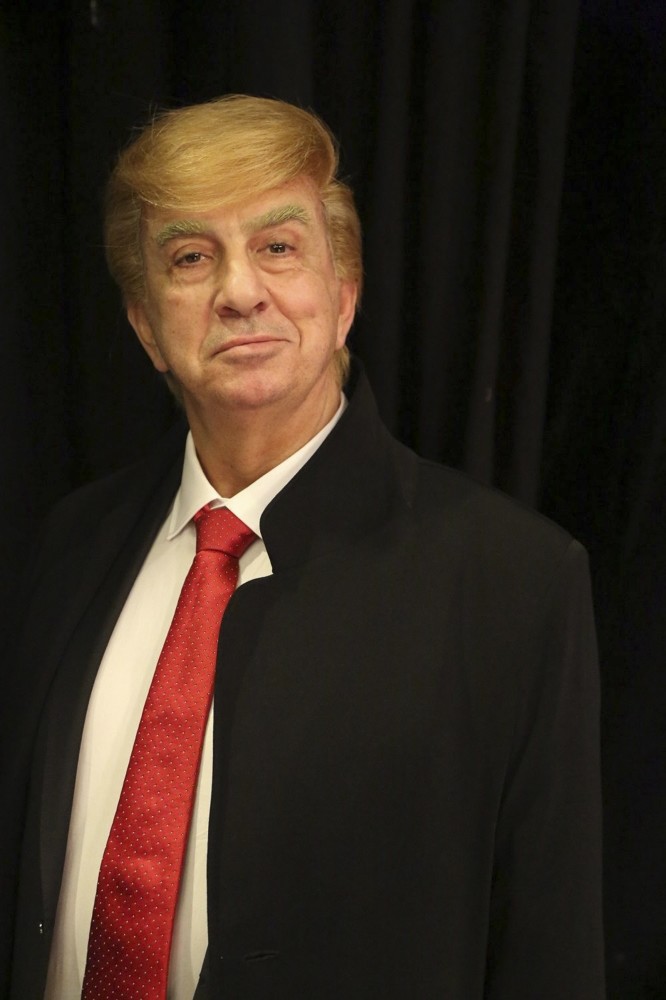 In the performance where Erhan Yazu0131cu0131ou011flu plays Trupmp, the audience will have a chance to watch a comedy about love interests and world problems with a little bit of politics mixed in.
by Anadolu Agency Feb 07, 2017 12:00 am
Turkish actor Erhan Yazıcıoğlu will play U.S. President Donald Trump in his new stage play "Aşk-ı Memduh."

Yazıcıoğlu will be accompanied by Nurseli İdiz, Volkan Severcan and Melda Gür on stage. Yazıcıoğlu said the play is a performance that people from all over the world can enjoy and added: "How useful Trump will be to the world is still open to debate, but there is no doubt that he will be a great addition to the play. The audience will have a chance to watch a comedy about love interests and world problems with a little bit of politics mixed in."

The play, in which Yazıcıoğlu and İdiz will play two lovers, will make its premiere on Feb. 13 at the Trump Shopping Mall in Istanbul. The duo will be accompanied by Severcan and Gür, who play a feuding couple.
RELATED TOPICS