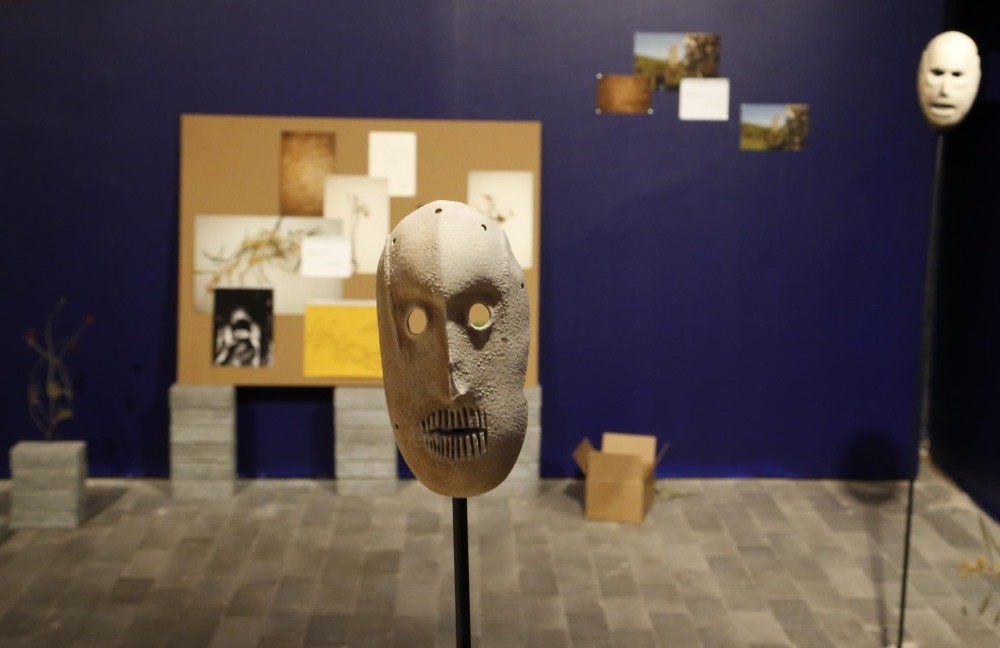 by Anadolu Agency Feb 17, 2017 12:00 am
Palestinian installation artist Basel Abbas and video artist Ruanne Abou Rahme's newest exhibition "And My Mask Is Still Mighty," has opened its doors to art lovers at Alt Art Space in Bomantiada, Istanbul. The installation is composed of images and sounds that Abbas and Rahme recorded during their trips to the West Bank and in the ruined villages of Palestine.

For their exhibition, the artists were inspired by Adrienne Rich's poem "Diving into the Wreck," which was written from the perspective of a diver diving toward a shipwreck, Abba explained during the opening ceremony. Stating that the video installation at the exhibition is a mixture of sounds and images that were recorded in different parts of Palestine, Abbas said, "When we visited the ruined settlements throughout Palestine, we witnessed that nature reclaims all ruined places."

On the other hand, Rahme said Abbas and she have created a new language by using contemporary art, and their aim is to come up with a universal language focusing on life in Palestine. "The masks worn by the young people of Palestine in the video represent the reflections of what happens there. We got the idea for the masks from the mask of the diver in Rich's poem," Abbas added. The exhibition, which also displays the various materials that the artists will use to build up the infrastructure of their next exhibition, will remain open until April 16.
Last Update: Feb 17, 2017 2:08 am
RELATED TOPICS