Safe: A gaze at the world of non-humans 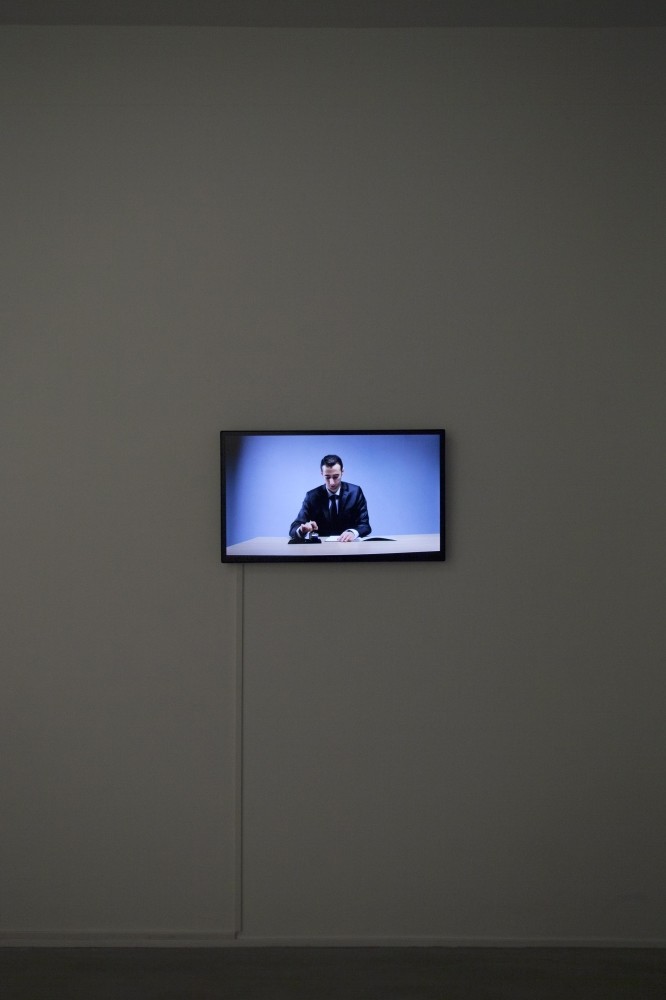 Amsterdam-based Akıncı Art Gallery is hosting well-known Turkish video artist Ali Kazma's exhibition "Safe" until March 11. Kazma's artistic practice is based on the medium of video. His main subjects are physical and philosophical dimensions of the human condition in labor, economy, production and time. The exhibition consists of six video works, including Kazma's latest video project that gives the exhibition its title, "Safe."

The exhibition starts with his award-winning video work "Clerk" (2010). In the video, we see a man who looks like a state official who is slowly stamping documents. However, after a certain moment the stamping movement speeds up and it becomes a performance with a rhythm that grabs your full attention and turns your mind into a kind of meditation. The camera also zooms to the performative hand movements. It becomes hard to distinguish the hands of the documents. The rhythmic sound spreads you through the space and becomes a dominant character of the show. This video is the only one that we see the human character in the center and this distinguishes it from rest of the exhibition.

"Crystal" (2015) is the second video, showing the glass industry. The aesthetics and style are similar to those of Discovery Channel documentaries. Contrary to the documentaries, however, it does not have a linear narrative or voice-over. It does not show how a glass jar is produced. It is clear that it is about the relationship between human and non-human agents; it is about the world of commodities that we are a part of.

"Calligraphy" (2013) and "Tattoo" (2013) are the videos that were part of Kazma's "Resistance" series and made for the Turkish Pavilion of the 55th Venice Biennale in 2013. Kazma shows how two forms of artistic production proceed. The videos are placed next to each other and this curatorial choice makes them stronger. In both videos, we barely see the artists. The videos mostly consist of close-up footage on the production period. We observe all the details of these art forms. As before, in these two works, the line between the subject and the object becomes ambiguous. 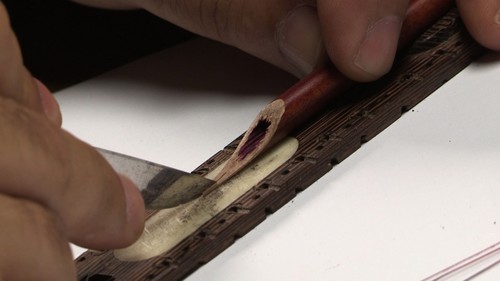 "We are living in the world of commodities; we are surrounded by them," says Joshua Simon in his book "Neomaterialism." Kazma's work "Home" (2014) recalls this message. It is about the Turkish artist Füsun Onur's home in Istanbul, and Kazma's camera turns on Onur's home as her artistic production space spanning over 50 years. We only see objects that were part of Onur's practice, such as small ceramic sculptures, rooms, cupboards, curtains and old photographs. We see an environment that is shaped by Onur and at the same time an environment that shaped her.

"Safe" (2016) is the latest work of Ali Kazma and the last video in the exhibition, situated in a bigger room of the gallery with a special atmosphere. 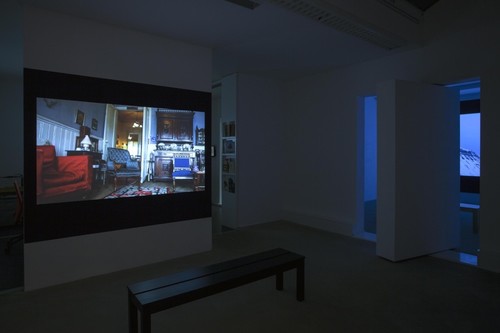 "Safe" is about the epoch of the Anthropocene. Kazma recorded the Global Seed Vault in the Svalbard Islands that is designed to back up storage for the seeds that were collected from different places all around the world in case of local or global man-made or natural catastrophe. The Anthropocene, where human activities started to become significant on the Earth's geology and ecosystems, is the epoch we live in according to many scientists. Anthropocene includes, but also transcends, the duration of anthropogenic climate change. To define a new geological epoch, a signal that occurs globally must be found and will be incorporated into deposits in the future geological record. According to new data published by NASA, July 2016 was the hottest month our planet has seen since we started recording temperatures 136 years ago. Therefore, this storage is placed in the middle of nowhere to protect it from human impact. Kazma's camera shows its surroundings, which are full of hills where we do not see any humans. Even when we see the inside of the Seed Vault, we only see seed packages and the structure of the building. The video predicts and shows us an era where the human species is erased from the earth.

This exhibition tries to answer the latest philosophical and anthropological questions about the human centered world's conclusions and our relation with our surroundings. Kazma's show invites us to confront tough questions on how we might collectively reimagine and realize environmental and social justice for humans and non-humans alike.

Akıncı Gallery was founded in 1988 by Leyla Akıncı in Amsterdam. It represents artists whose working practice spans a range of current media, reflecting the diversity of the means of communication available within contemporary visual art. Akıncı's vision is to reveal both the experimental pulse running through their program and the precision with which the artists investigate their methods and aims.
RELATED TOPICS