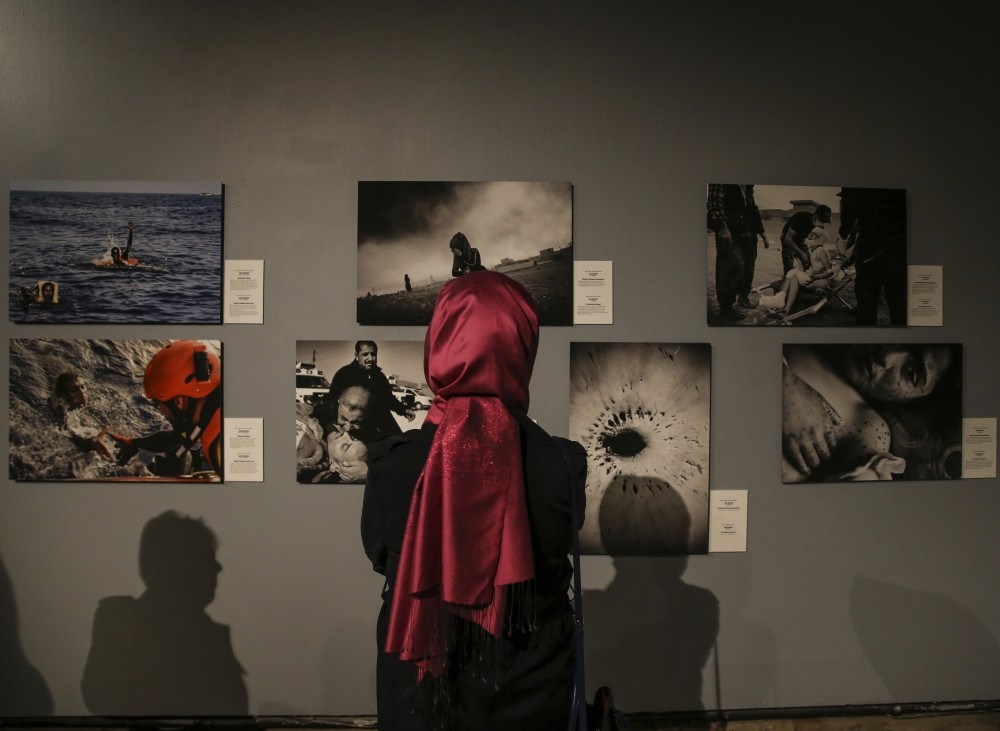 by Anadolu Agency Apr 04, 2017 12:00 am
An exhibition of photographs featured in Anadolu Agency's Istanbul Photo Awards 2017 began in the port city's Tophane-i-Amire Culture and Arts Center in Beyoğlu district on Sunday.

Photographer Frederic Lafargue's "Fleeing from Daesh" image, which was chosen as Photo of the Year by the jury, is among the photographs on display.

Sponsored by Turkish Airlines and the Turkish Coordination and Cooperation Agency, this year's contest saw an additional 22 photographers from 17 countries receiving awards.

Around 25,000 photos had been submitted to the contest and jury members picked the winners during a special meeting in Turkey's Cappadocia, a historical region in Central Anatolia, between March 19 and March 22.

For the first time in the contest's three-year history, Hosam Salem, a freelancer photojournalist in Gaza, Palestine, received the Young Photojournalist award for his photograph titled "Street Training in Gaza." The newly-introduced award is given to a winner under the age of 28.

A total prize money of $133,000 was awarded across eight different categories, in addition to the $3,000 Young Photojournalist award, and a separate $10,000 Photo of the Year award. The exhibition will run through April 16.
RELATED TOPICS