Istanbul Photo Awards 2017 winners to be shown in Ankara 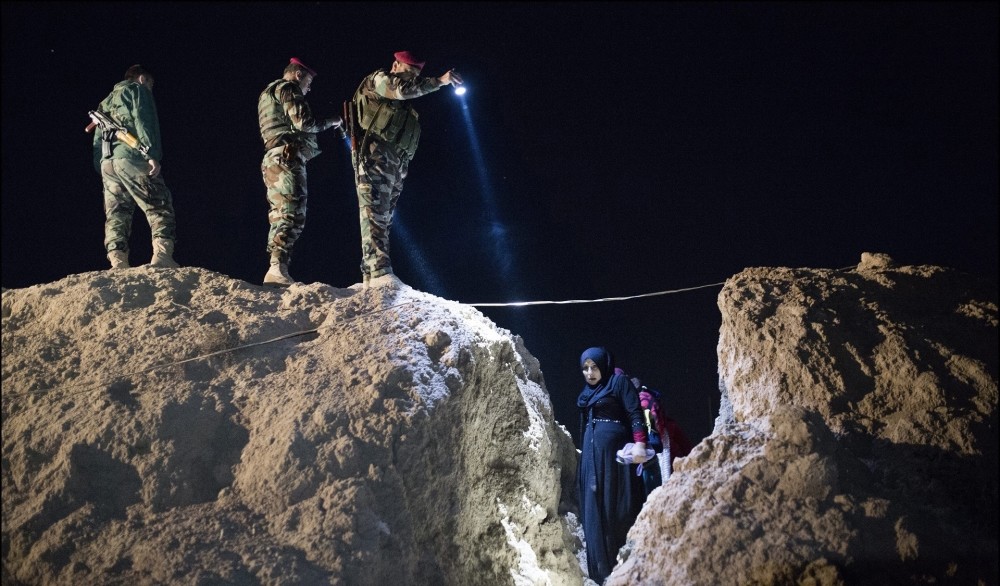 u201cPhoto of the Yearu201d by Frederic Lafargue from France.
by Anadolu Agency May 02, 2017 12:00 am
An exhibition hosting the winning images from Anadolu Agency's Istanbul Photo Awards 2017 will open in the Turkish capital of Ankara on May 4.

A total of 126 images will go on display at CerModern Art Center until May 30. The exhibition was previously put on display in Istanbul between April 2 and April 16.

French photo journalist Frederic Lafargue's "Fleeing Daesh" was named Photo of the Year in the contest, which saw around 25,000 entries submitted this year in eight categories, with single image and picture story categories for News, Sports, Portrait and Nature & Environment.

Mary Gelman won the first prize in Portrait-Multiple category for her photographs of victims of domestic violence, while there was no winner in the Portrait-Single category.

For the first time in the contest's three-year history, Hosam Salem, a freelance photojournalist in Gaza, received the Young Photojournalist Award for his photo called "Street Training in Gaza." The new award is given to a winner under the age of 28.