Magazines from around the world gather at Sirkeci train station 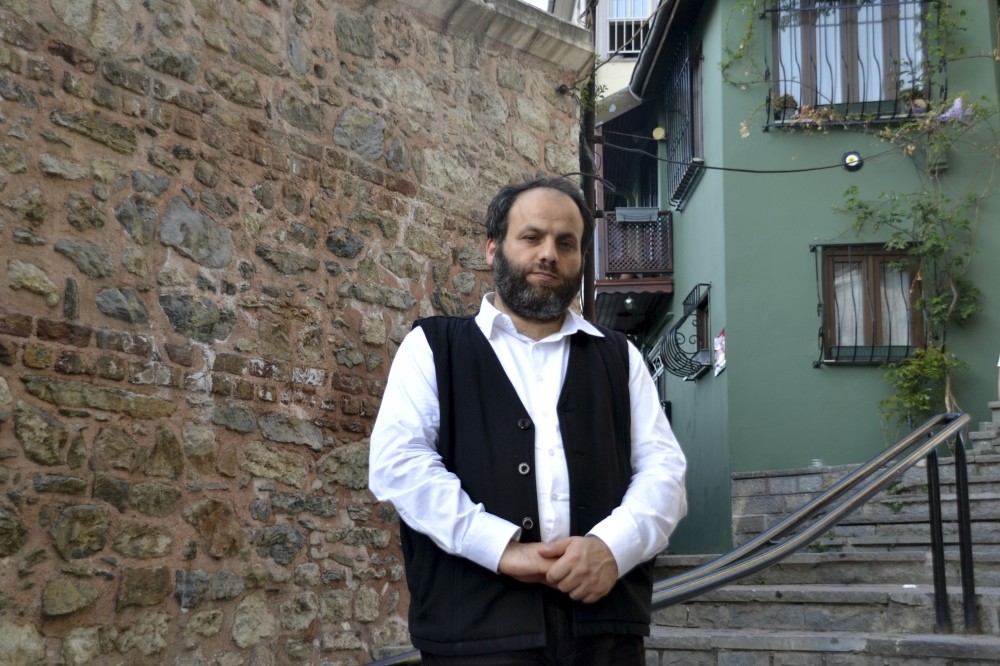 Chairman Asu0131m Gu00fcltekin said each person who wants their voices to be heard or seeks to explain something to other people are valuable when compared to those who are passive or those who want to refrain from taking any social responsibilities.
by Anadolu Agency May 03, 2017 12:00 am

One of the many symbols of Istanbul, Sirkeci Train Station is ready to host literature lovers with the 8th International Periodical Fair that will bring 500 Turkish and foreign magazines together from May 4-9

Organized by the Turkish Periodical Union (TÜRDEB), the 8th International Periodical Fair will welcome bookworms from May 4-9.

Speaking to Anadolu Agency (AA) about the fair that will take place at Sirkeci Train Station, TÜRDEB Chairman Asım Gültekin noted that the first fair was held at Kızlarağası Madrasah located in the Sultanahmet district of Istanbul with the participation of 55 magazines, which will now welcome 500 magazines. Regarding how the concept behind this fair emerged, Gültekin said bookfairs always had an adverse effect on them due to their massive size and diversity, causing the magazines and periodicals to be underestimated. Gültekin said discussions about thematic fairs were held and when Abdullah Zerrar, the former chairman, offered to organize a magazine fair, the offer was positively received: "So, we hit the road and our first magazine fair was welcomed, appreciated and deemed as sincere," said Gültekin.

Highlighting the importance of publishing magazines, Gültekin said each person who wants their voices to be heard or seeks to explain something to other people are valuable when compared to those who are passive or those who want to refrain from taking any social responsibilities. "I believe anyone who tries to tell and show something to the world is valuable unless they are arrogant. Therefore, it should be underlined that anyone who has devoted their time and effort to magazine publishing should be appreciated and, if they have any mistakes and deficiencies, these should be stated without offending them. Magazine publishing is a great field and should definitely be supported," Gültekin said.

Underlining that they also have made efforts with regards to magazine publishing abroad, Gültekin said no one should turn their heads away from those who want to reach out to people via magazines, adding that people who are aware of their worth are also aware of how valuable this work is: "Magazine publishers are crazy, motivated and unstoppable. Even if you don't like it or ban it, they'd publish their magazines no matter what. Maybe if we pay attention to them they will motivate others to take action," Gültekin said.

One-hundred magazines from 23 foreign countries including Greece, Macedonia, Kosovo, Bosnia and Herzegovina, Montenegro, Austria, Germany, the Netherlands, Saudi Arabia, Sudan, Algeria, Egypt, Iraq, Iran, and Indonesia will be participating this year. The number of magazines including student, school, youth and children's magazines have been increasing every year and the number of magazines in the categories of art, children, comedy, history, literature, the economy and youth have increased to 500 this year.

Along with many stand activities, talks, panels, conferences and meetings with authors will also take place at the fair. There will be a "Manifestos and Magazines Series" exhibition depicting the manifestos of closed magazines, organized by Selahattin Öztürk.

Magazines publish their manifestos when they are first being published to explain why they are being published and what they want to achieve, usually including some very ambitious and goal-oriented verbiage. Gültekin said the manifestos of various magazines from the 1950s to the 1990s will be displayed at the exhibition, adding that it is interesting to observe how people feel and their ambitions and expectations for the future from a generational standpoint: "While some magazines were very ambitious, they stopped circulating after just two issues, while others did not make impressive statements but made a name for themselves," Gültekin said.

The Youth Magazines workshop and the Turkish Magazines in the World workshop will also be organized at the fair for foreign magazine publishers to meet with Turkish authors. Discussions will be held to address the lack of union formation among Turkish language magazines. Gültekin said the idea of unionization emerged from the fact that a Turkish magazine published in the Netherlands and one published in Ukraine can easily communicate with each other as they share a common language.

The fair awaits visitors free of charge for one week, operating under the main theme of "Special Issues and Feature Magazine Publishing."
RELATED TOPICS