Edirne to be an open air lecture hall for architecture students 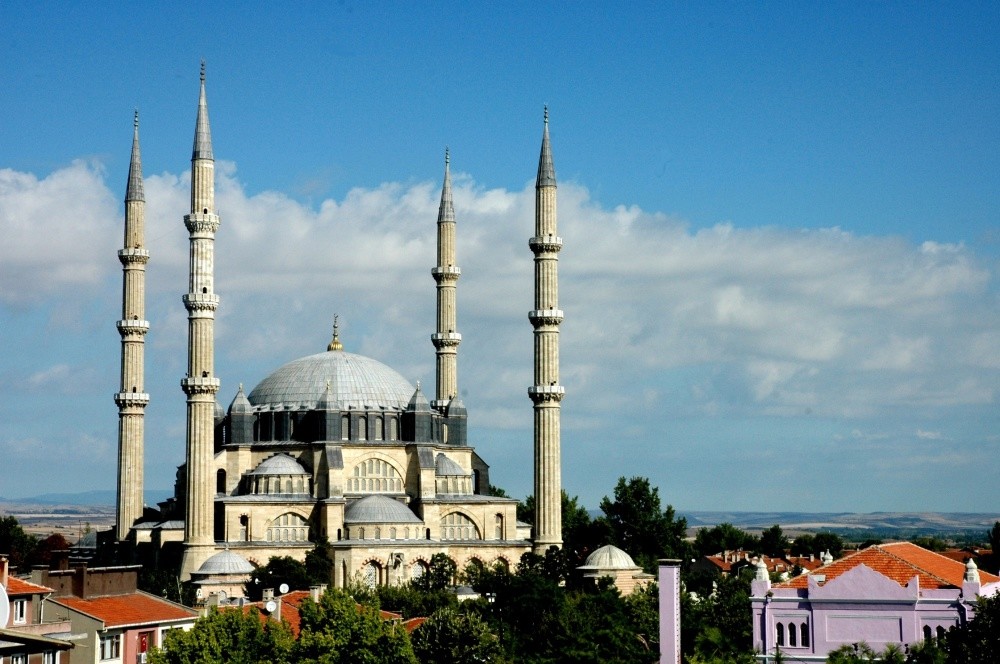 Selimiye Mosque
by Anadolu Agency May 06, 2017 12:00 am
Ottoman architectural works in Edirne will function as a guide for students of architecture.

Thanks to a project named "We Raise the Architects of Civilization at Edirne Amphitheater," started by the governor of Edirne, Günay Özdemir, students of architecture will have a chance to observe the development the Ottoman architecture first hand.

Governor Özdemir, who spoke to Anadolu Agency (AA), said Edirne has hosted civilizations that serve as a model for the world.

First session to be held in summer

Stating that the project will be conducted by the Faculty of Architecture at Trakya University, Özdemir said, "We are trying to arrange a program throughout which attendees will have a chance to study the mosques, bridges, bazaars of Edirne on site."

Talking about the three specific mosques that reflect the Ottoman architecture, namely, the Old Mosque, Şerefeli Mosque (a mosque with four minarets) and the Selimiye Mosque, Özdemir made a comparison with other architectural works, like bazaars, baths and the bridges in the city and added, "It will be a 10-day project including both lectures and workshops. The target group for this project is senior architecture students. Thanks to this project, the future architects can widen their understanding about the formative development of a civilization. In the second stage, our aim is to work with the faculties of architecture in the Balkans and also other international faculties later on."
RELATED TOPICS