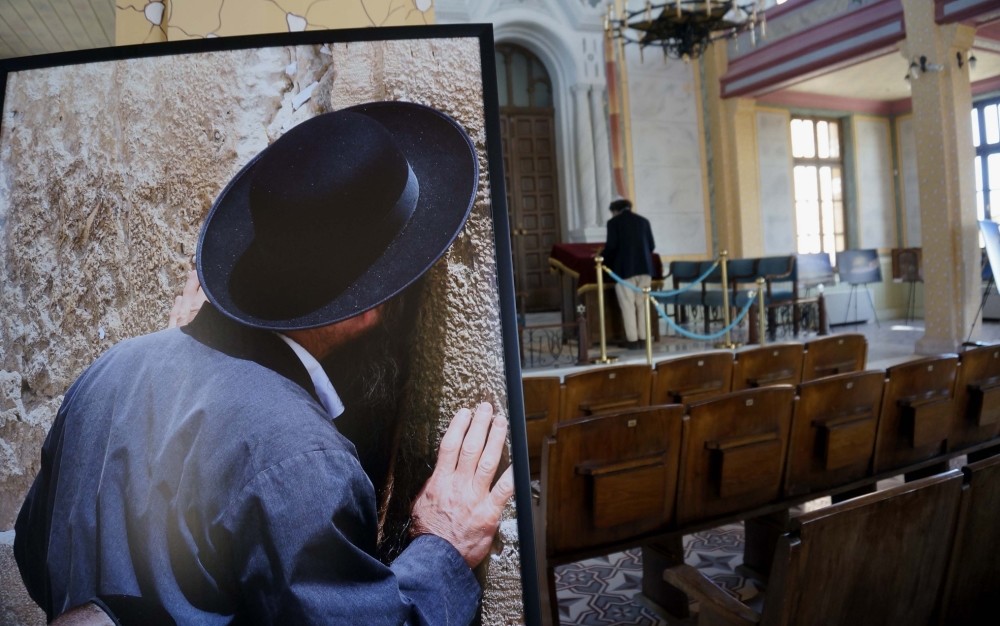 by Anadolu Agency May 16, 2017 12:00 am
Under the context of the national Week of Foundations events, the "Jerusalem" photography exhibition opened at the Grand Synagogue of Edirne last week. The exhibition, organized with the contributions of the Edirne Regional Directorate of Foundations, the Quincentenial Foundation and the Turkish Jewish Community, consists of 64 photographs taken by five photography artists.

Speaking at the opening ceremony of the exhibition, which presents photographs of Jerusalem, the city that is considered holy by all Abrahamic religions, taken from various perspectives, Edirne Mayor Günay Özdemir said Edirne is a model for the world as an junction point of different cultures.

Stating that Edirne is a city of peace, Özdemir said, "Edirne can be seen as a model of a system, in which people from different cultures and beliefs created a common culture that is regulated by social norms. This system worked as a model for the world for 600-700 years. Today's Edirne keeps the same culture with Selimiye Mosque, synagogues and churches. I hope that this event will serve as a model for Jerusalem and the world, bringing peace for all."

İshak İbrahimzade, head of the Turkish Jewish Community, stated that they wanted to contribute to the week with the photography exhibition.

Stating that they wish the peace and tolerance achieved in Edirne would spread everywhere, İbrahimzadeh said, "By trying to understand the other, rather than talking about one's self, one will both understand the self and embrace the other. The energy achieved in Edirne by embracing each other will spread to the world and the impact created by these photos will catch the world up." The exhibition was opened with a ribbon-cutting ceremony with Governor Özdemir, regional director Güneren and head of the Jewish Community İbrahimzadeh and the photography artists in attendance. The exhibition will remain open to visits through May.
RELATED TOPICS