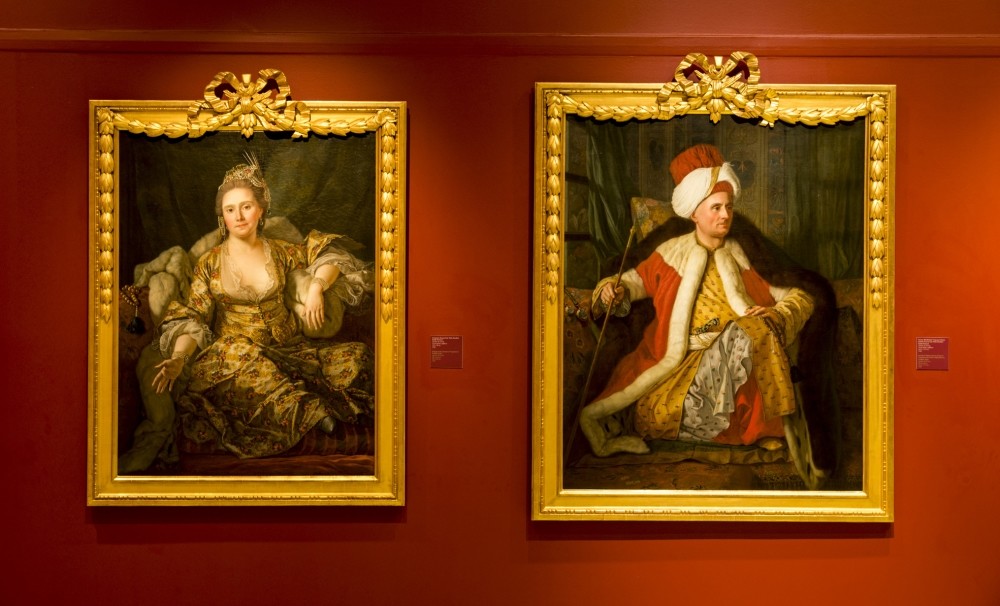 Two paintings from the collection of u201cIntersecting Worlds: Ambassadors and Paintersu201d
by Daily Sabah May 18, 2017 12:00 am

While celebrating Museums Week, the Pera Museum will be offering free admission May 18-21 for visitors who can view a collection of exhibitions complete with audio guides and attend special programs presented by Pera Education and Pera Film.

Several collection exhibitions are available for viewing, including "Intersecting Worlds: Ambassadors and Painters," collected by the Suna and İnan Kıraç Foundation, which presents ambassadors and artists from the 18th and 19th centuries. In another exhibition titled, "Osman Hamdi Bey,"the works of the late Osman Hamdi, who made significant contributions to Turkish culture and the arts, are the focus with special focus placed on his famous work "The Tortoise Trainer." Other collections will include the "Anatolian Weights and Measures Collection," which sheds light on the 4,000-year-old history of commerce and science in ancient Anatolia and "Coffee Break: Kütahya Tiles and Ceramics" that focuses on the adventure of coffee through Kütahya tiles.

In order to represent the museum and collection exhibits creatively and effectively, Pera Museum also offers free audio guide service. The audio guide for adolescents is dubbed by Mert Fırat, while the guides for children are dubbed by Meltem Cumbul and Yekta Kopan to make art more approachable and fun for the museum's younger visitors.

Pera Education will turn Pera Cafe into a dance studio by combining Museums' Week with the May 19 Youth and Sports' Day. At the hip-hop workshop for teens ages 13-to-17, the participants will learn the history and basic principles of hip-hop's choreography and dance styles. The tutor of the workshop, which will be held on May 21, will be Duygu Etikan.

Focusing on the struggles of children and youth around the world, Pera Film's ongoing program "Growing Pains" will also continue throughout Museums' Week. Featuring selections from the 2000s to the present, a variety of films reflecting the difficult obstacles children, youth and adolescents experience are being presented, including: "Holiday Book" (2008) directed by Seyfi Teoman, "The Girl" (2009) directed by Fredrik Edfeldt, "Rauf" (2016) directed by Soner Can and Barış Kaya, "Frances Ha" (2012) directed by Noah Baumbach, "52 Tuesdays" (2000) directed by Sophie Hyde and "Moonlight" (2016) directed by Barry Jenkins, which won an Oscar last year in three categories, including the category of Best Film.