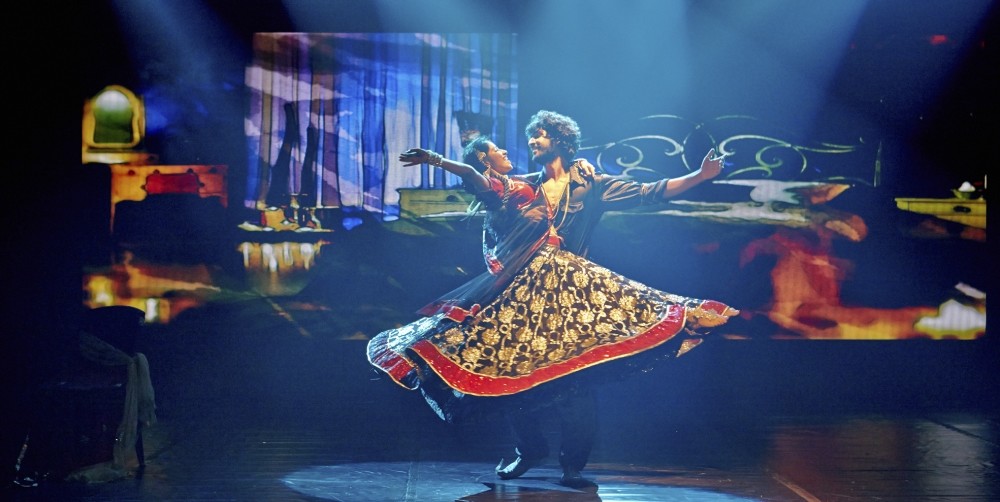 "Navdhara India Dance Theatre (NIDT)," a contemporary Indian dance group, is set to rock Turkey for the first time as they take the stage with their magnificent show, "A Passage to Bollywood."

Under the tutelage of choreographer Ashley Lobo and performed by the NIDT's 22 young and skillful dancers from Mumbai, "A passage to Bollywood," brings the authentic Indian culture to stage with all its colorful and gorgeous costumes, rhythmic dances and tuneful music.

Harmonizing the physical methodology of the West with the spiritual philosophy and the dance of India, Navdhara, the modern dance group, focuses on simplicity and communication on its performances.

All of the dancers in the group believe in the power of the international body language, create a unique mixture by harmonizing the Western dance technique, of which they have a good command, with local values like yoga, meditation as well as Indian classical and folk dances.

Navdhara's special performance, consisting of drama, action, romance and dance accompanied by classical and modern Bollywood music, is a total passage to Bollywood. It tells the story of a young village boy who goes to Mumbai after his dream and relationship with a woman he created in his dreams.

Starting with a classical Bollywood love and friendship story, the performance realizes the true vitality and magic of India with traditional Indian practices and energetic dance figures.

Navdhara will perform for the first time in Turkey at İş Sanat on May 23 and later on May 25 at Yenişehir Municipality Atatürk Cultural Center's Cumhuriyet Hall, as a part of the 16th Mersin International Music Festival.