Decolonizing the history of the Netherlands 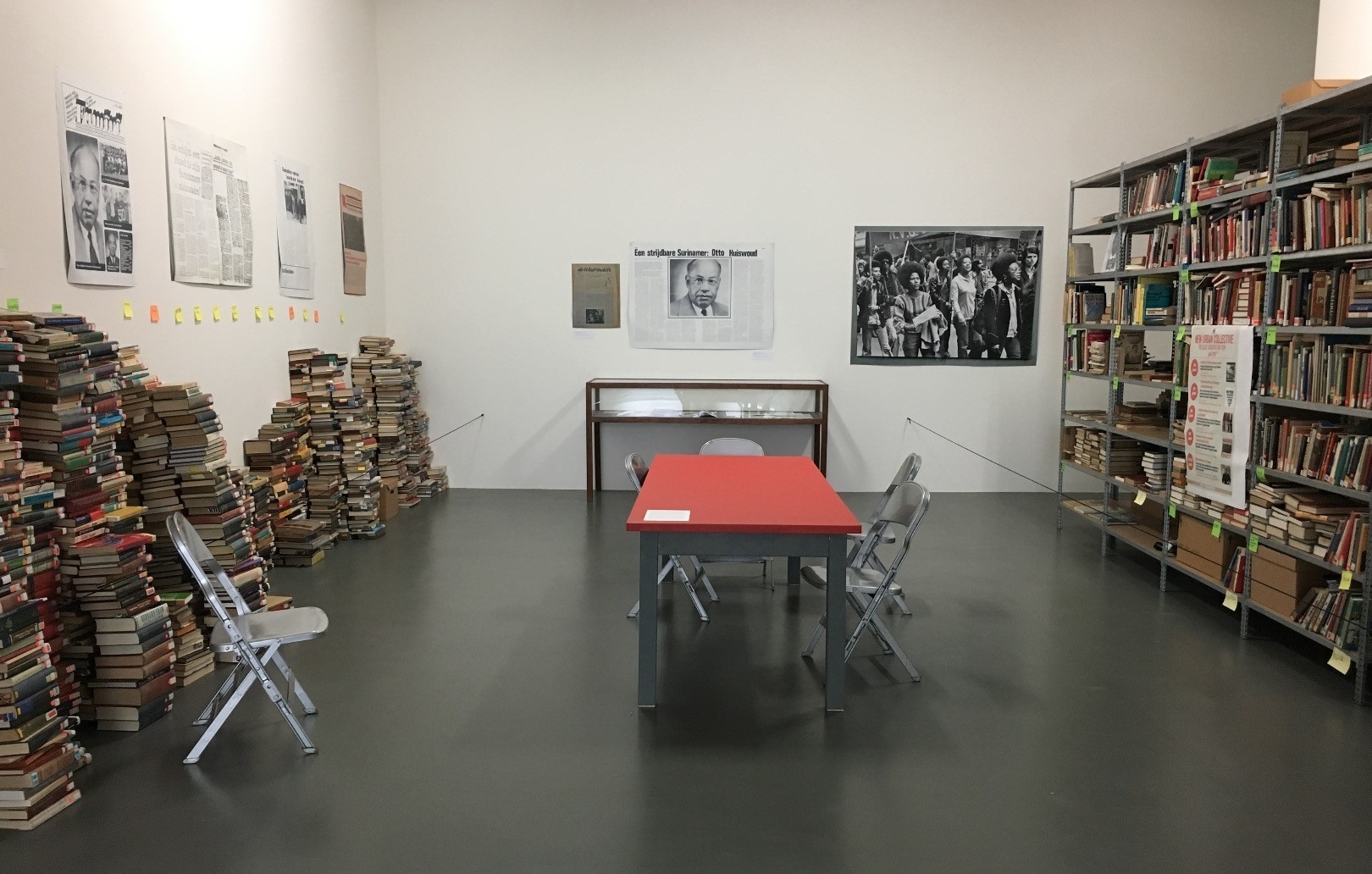 ,Black archives, is a room full of books and several publications that are part of the u201cCinema Olanda: Platform.u201d The Black Archive produces an alternative, independent history from the perspective of the black community in the country.
by Cihad Caner Aug 14, 2017 12:00 am

It is still a fresh memory when I was in Hong Kong during the last Dutch election and following it on my phone with a lot of anxiety. I was worried about my future in the Netherlands because of the rising discourse of far-right populism in the country. Fortunately, it didn't turn out badly. The Guardian's title for the Dutch elections was "good populism beat bad populism." I was excited when I saw that the program of the Witte de With Contemporary Art Center would feature an exhibition called "Cinema Olanda: Platform" from Dutch artist Wendelien van Oldenborg. One of her main topics is Dutch colonial history and recent public debates around this hot topic in the Netherlands. "Cinema Olanda: Platform" creates a public space throughout the show that includes several events consisting of artists, writers, activists and thinkers to discuss post-colonialism and its relationship with minorities in the Netherlands. Oldenborg is also representing the Dutch Pavilion in the Venice Biennale this year with this project. The exhibition can be seen until Aug. 20.

"Supposing I love you. And you also love me" (2011) is a 13-minute film that contains a site-specific installation that is a crescent shape and a projection. As a visitor you need to get into the installation and sit to see the film that consists of still photography and voice over by philosopher and theologian Tariq Ramadan with a group of people from Belgium and the Netherlands of various origins. The catalog describes the film: "Set up as a polyphonic mini-tragedy, following Ramadan's exploration of Nietzsche's description of tragedy as 'to be alone and individual... to face your destiny and your fate without having an answer'." As a film it has a different aesthetic due to crossfading still images, creating a layer where every origin melts to produce the diversity as Rotterdam. Although, the flow of the movie is a bit slow at the beginning, the special set up of the installation helps the film to flow with the voice over. We see "others" of the community talking about Nietzsche with the lead of Ramadan. As I learned from the catalog, he was appointed in 2007 to Erasmus University as Chair for Identity and Citizenship. He was also integration advisor for the city until he was fired for hosting a program on Iran's Press TV. 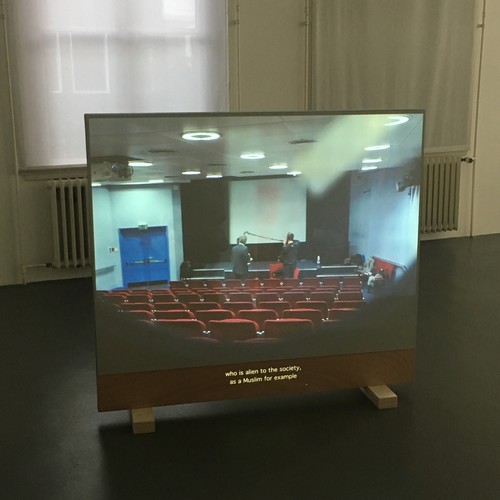 "Supposing I love you. And you also love me" (2011) is a 13-minute film that contains a site-specific installation that is a crescent shape and a projection.

"Black archives" is a room full of books and several publications that are part of the "Cinema Olanda: Platform." This collection belongs to the New Urban Collective and Society Our Suriname in Rotterdam. You can see books in different languages and from different countries. It is obvious that this archive is trying to create its own history rather than the institutionalized history, which ignores the colonial history of the Netherlands. The Black Archive produces an alternative, independent history from the perspective of the black community in the country. These sources can be a basis for researchers who want to investigate this specific part of Dutch history.

"Maurits Script" (2006) is a two channel, 38 and 29-minutes video installation. The videos are separated in two spaces collaterally, but if you sit in the middle you can watch both. However, I want to start with the video on the left. The project was filmed in the Golden Room of the Mauritshuis Museum in Den Haag, which was the house of former colonial Dutch governor Johan Maurits van Nassau in Brazil from 1637 to 1644. The video starts with a group of people of different origins but with some relation or heritage with Brazil. They start to observe a painting book to read the colonial time of the Netherlands. On one of the pictures, they discuss the status of slaves and meanings of objects that they are holding. This painting directly reminded me of Palestinian author Edward Said's famous book "Orientalism" where he discusses cultural representations that are the basis of Orientalism defined by the West.

According to Said, "Orientalism is inextricably tied to the imperialist societies who produced it, which make much Orientalist work inherently political and servile to power." As you might know, Said became a foundational author in the field of post-colonial studies. It can be said that the summary of the book can be found in this film in the expanded field in the system, in the language and culture itself. At some point, the participants start to talk about the double standards of the Dutch integration system where a Brazilian native gets a letter to integrate into the Dutch Community by taking a course, however, the Italian native doesn't get an integration letter.

Oldenborg's films are between documentary and fiction. While she wrote scripts for some, others are based on randomness led by the participants in "Maurits Script" (2006). For instance, in the film one of the participants talks about a specific word in the Dutch language for non-Dutch origin Dutch citizens called "Allochtoon;" however, this word cannot be used for Japanese and Indonesian-origin Dutch citizens because of political and commercial heritage. Although Suriname was also a former colony of the Netherlands they can't be called Dutch. It was quite interesting to see how imperialism and colonialism are established in language, culture and the system.

"Cinema Olanda: Platform" creates a public space for its audience and the post-colonial community in Rotterdam where they can discuss, learn and be part of the untold, hidden stories of colonial times of the Netherlands and its reflection on our time. Together with the exhibition were several events such as "Black Film Matters," "Holland Mijn Mars" and "Decolonial options: Imagining the futurity of decolonial practice," as part of the program. I found it really essential to have this exhibition in Rotterdam because the Netherlands just barely overcame the right wing threat during the last elections in March.

I also want to mention the distinguished Turkish curator Defne Ayas, who has been the current director of the Witte de With Contemporary Art Center since 2012. Ayas organizes quite diverse exhibitions that react to social-political environments, histories and their reflection on our time. I had the chance to follow almost all of the exhibitions that Ayas curated since moving to Rotterdam in 2014. Her artistic and curatorial vision has contributed a lot to Rotterdam's art scene. Unfortunately, her period of office is about to finish at the end of this year. I look forward to see her next projects and steps after Rotterdam.