Supernatural at its best at upcoming exhibition in Istanbul 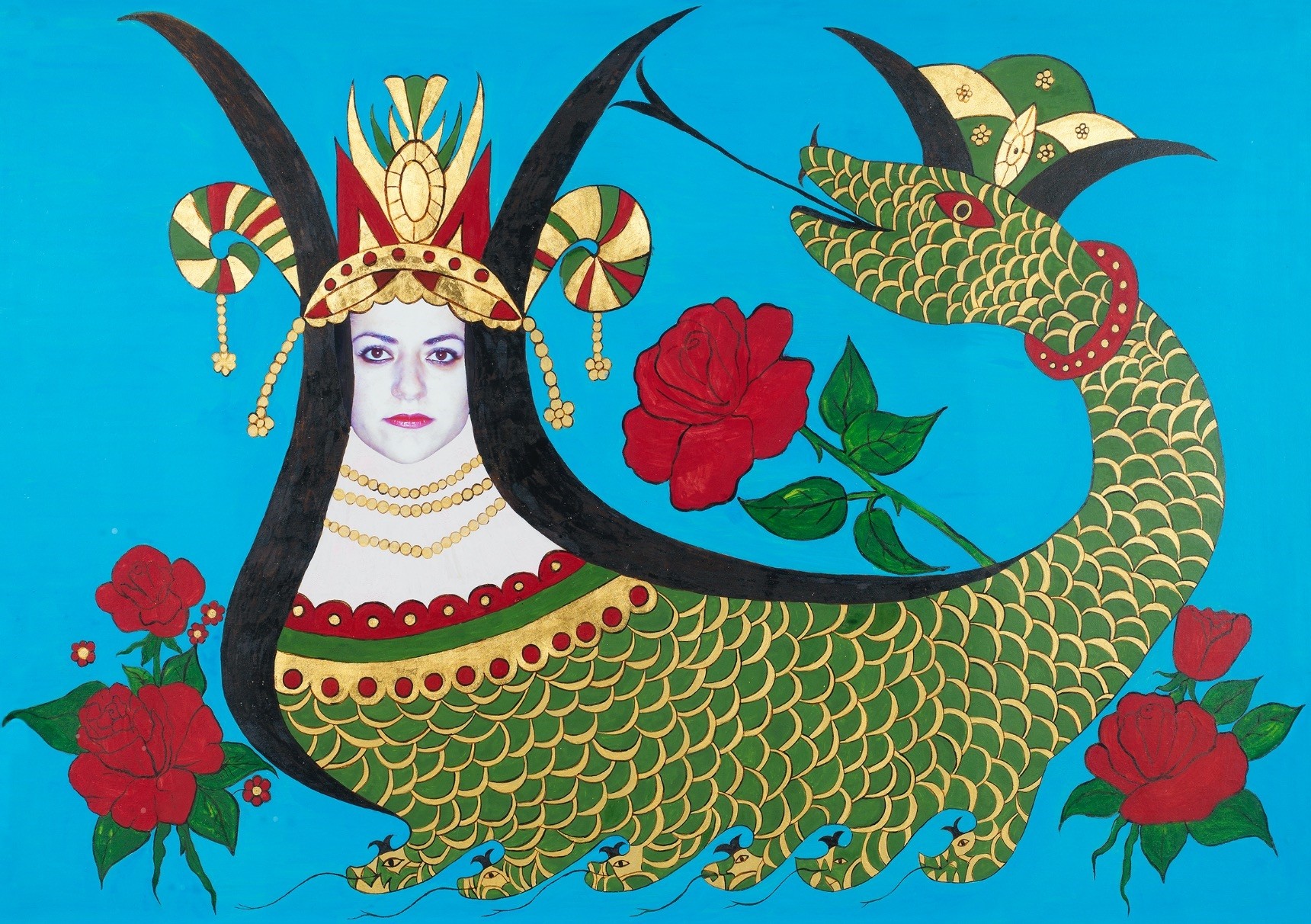 Contemporary artist CANAN has created an extraordinary realm for her upcoming exhibition at Arter Gallery titled ‘Behind Mount Qaf,' inspired by the mythological and supernatural beings of especially Iranian and Arabian cosmology

Arter Gallery is getting ready to host contemporary artist CANAN's exhibition titled "Behind Mount Qaf," which will be on display from Sept. 12 to Dec. 24. Nazlı Gürlek is the curator of the exhibition, which will be on all the floors of Arter and it will display an extensive view of the artist's practice. It brings together CANAN's new pieces produced particularly for this exhibition along with some previous work that has not been shown before.

The exhibition is named after the legendary Mount Qaf of Persian and Arabian mythology and it includes work in various media such as sculpture, photography, print, embroidery, video, installation and miniatures. Utilizing the concepts of heaven, purgatory and "hell," CANAN's work focuses on dualities such as light and shadow, good and evil, internal and external, reality and imagination and light and dark. It deals with the repressed aspects of the psyche and archetype figures, jinn and supernatural creatures. 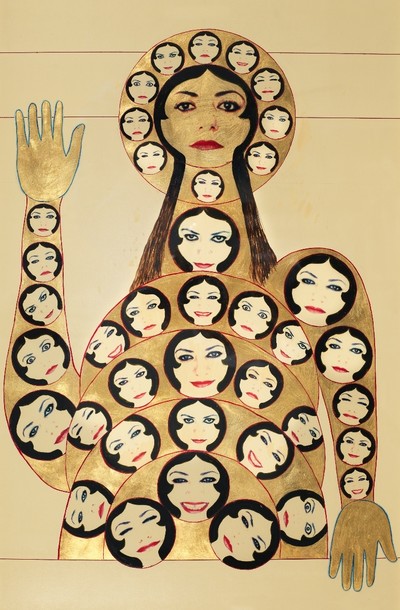 There is also an art piece of the artist's own body based on the idea of that the personal is the political, aiming to create a multi-dimensional, multi-bodied, mystical, symbolic, astonishing and attractive universe.

The photograph "Cybele" (2000) on the first floor is a self-portrait representing the mother goddess in the artist's own body and is being exhibited for the first time. Once again depicted by the artist using her own face, the miniatures titled "Shahmaran" (2011) and "Şehretün'nar" (2011), the mother of all jinn, direct people through different states of consciousness on the three floors of the exhibition.

"Animal Kingdom" (2017) is the first spatial installation produced as a site-specific work for the exhibition. Comprised of brightly-colored and sequined fabric creatures such as dragons, serpents and phoenixes, this dream world is located in a space overlooking the street through glass and it can be observed from both inside and outside.

A video titled "Women Bathing in the Moonlight" (2017) is of a group of young women in summer dresses with flowers on their heads howling like wolves at the fool moon on a hill. The video was shot during the full moon on Burgazada off the Istanbul coast. Coming to an end in the sea after walking by the coast with joyous laughter, this mysterious ritual creates a dichotomy with the cityscape backdrop.

A new work titled "Heaven" (2017) reaches down from the ceiling and turns slowly around its axis. It makes a link between the real and fictional worlds and between the visible and invisible light and shadow play.

In the installation, while female, male and hermaphroditic figures revolve accompanied by tale-like figures and the seven colors of the rainbow, the shadows of their naked bodies are reflected on the walls. The female and male figures on the wall blend together, and when one gets closer, their shadow also mingles with them.

"Purgatory" also comments on the same fiction around the theme of purgatory. There is a character's story that flows out of the darkness accompanied by birds and angels in the gray-toned tulle installation.

The exhibition ends with the installation "Garaib'ül-mevcudat" (2017) on the entire second floor. The human figures all disappear on this floor and jinn take their place. This hell around which jinn made of fluorescent paints on spread tulles invites onlookers to face their fears and be together with the jinn.

The exhibition is accompanied by the writings of Kathy Battista, Tuğba Taş and Derya Yücel, giving different perspective on the pieces along with the Gürlek's curatorial introduction essay.

There will be guided tours at regular intervals. Visitors will also be able to get detailed information about CANAN's work from free audio guides.