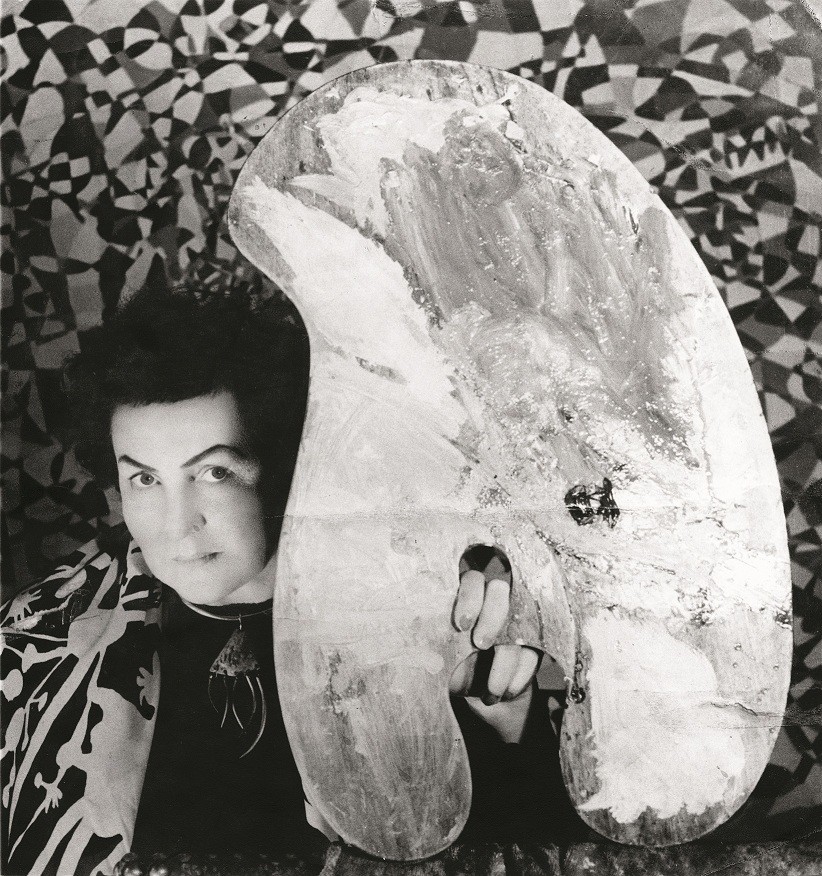 The retrospective our of Fahrelnissa Zeid, one of the pioneers of Turkish modern art, continues. After drawing to an end on Oct. 8 in London's Tate Modern, the Zeid's retrospective is on display until March 25, 2018, at the Deutsche Bank KunstHalle.

Known for its place in the Istanbul Modern Art Museum Collection, the most important artwork produced by Zeid throughout her career will finally be presented to art lovers in Berlin.

'Zeid important for introduction of Turkey'

"The Tate Modern hosted such an extensive retrospective of an artist from Turkey; this was beyond a collaboration of two museums. The exhibition moved to Berlin after London. This is so important for the introduction of Turkey," Çalıkoğlu said.

The exhibition curated by Kerryn Greenberg houses 44 works by the artist, including artwork from the period when Zeid transitioned from impressionist and abstract paintings to portraits in her 40-year career.

Zeid was born in 1901 in Büyükada (the biggest of the Princes' Islands) and was the niece of Grand Vizier Cevat Pasha. Zeid, the sister of Cevat Şakir Kabaağaçlı, known as the "Fisherman of Halicarnassus," and painter Aliye Berger, is the mother of artist Nejad Devrim and theater director Şirin Devrim. Zeid is also the aunt of ceramic artist Füreya Koral.

She graduated from the first Fine Arts Academy of Istanbul and continued her education at Academie Ranson's Bissiere Studio in Paris and the Namık İsmail Studio in Istanbul, respectively.

In 1934, she received the title "princess" after she married Emir Zeid, Iraq's representative to Ankara at the time. She joined D group and its exhibitions in 1942.

Opening her first solo exhibition at her house in Maçka, Istanbul in 1944, Zeid exhibited her works in various cities, such as Paris, London, New York and Brussels where she lived for a while after World War II.

Moving to Amman in 1976, the artist opened an institution carrying her name and continued her production with its proceeds.

Known for her enthusiastic and impressive compositions, Zeid's unique painting style is so vivid and rich that it cannot be described under - or reduced to - a single category.