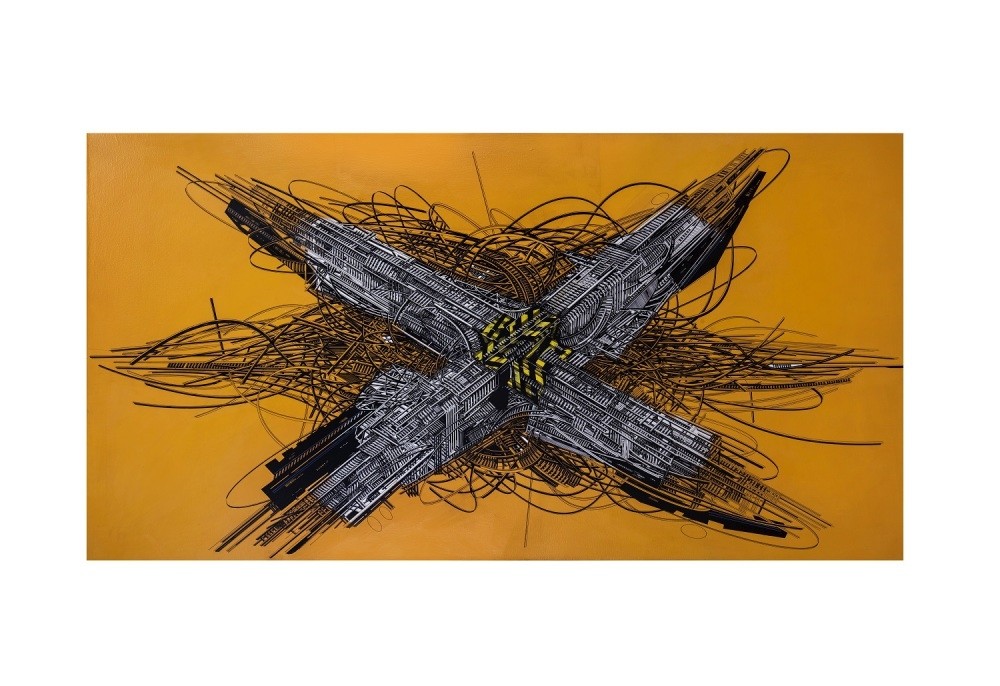 Turkish artist Arda Diben's solo exhibition "Trans City," which portrays a dystopic vision of cities, will be held at Istanbul's UNIQ Gallery between Jan. 30 and Feb. 28.

Diben's dystopic city views and structures reveal a striking approach to human consciousness from the empty value system of information societies. The real source of these dystopic city views is the "constructive situation" surrounding the life and nature in our geography, where the speed and technology that we live in, gain a local quality with the concept of urban transformation.

In his works, the subject, who can be a spectator, become isolated with individual discourse, starts to lose the reality with the elements, such as trans-economy, trans-politics, and trans-aesthetic.

Presenting individualism with the images of a fragmented perspective, Diben enters the world of dynamics, cold and sharp formations which repeat themselves.

Featuring 15 works, "Trans City" can be visited at UNIQ Gallery on Thursdays and Sundays between 12 p.m. and 7 p.m.

Born in 1983 in İzmir province, Arda Diben got into Marmara University's Department of Painting in 2010. He became very popular after his first solo exhibit titled "Nameless I" in 2012. He has since attended a number of group exhibitions and contemporary art fairs, including "Breathing," "Indie-Line" and "Low Pressure."