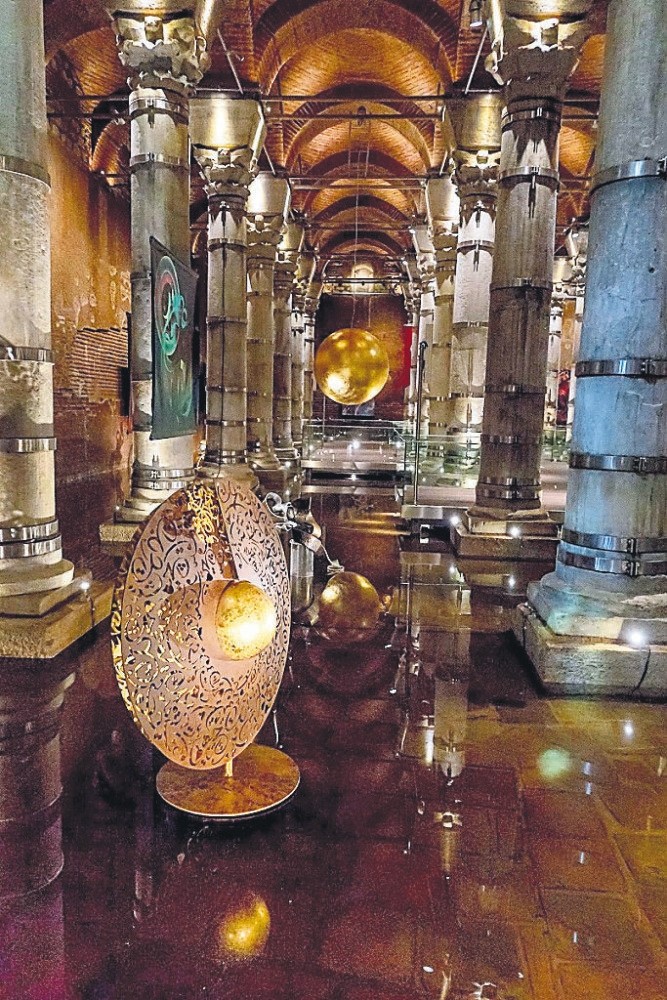 Iranian artist Ahmet Nejat's "Hiç Hali" (State of Nothingness) exhibition that was opened in Theodosius Cistern, which is 100 years older than Hagia Sophia, attracts a great deal of attention from art enthusiasts. Curated by Mehmet Lütfi Şen and featuring the works by Ahmet Nejat that emphasize the parallel existence of East and West, life and death, the earthly and the ethereal, the exhibition will remain open until July 30.

Prepared by Istanbul Metropolitan Municipality, the exhibition features Iranian artist Ahmet Nejat's paintings and sculptures. Hosting the exhibition, the Theodosius Cistern was built between 428 and 443 AD during the period of the Eastern Roman Emperor Theodosius, and the restoration was completed by Istanbul Metropolitan Municipality in eight years. "The inevitable end result of being an artist is the necessity of being yourself," said Mehmet Lütfi Şen, the curator of the exhibition. "That is, the state of not being a mass and a fan, not imitating, but knowing yourself and your geography," he continued. "Unfortunately, in our geography, the issue of identity has been the most important problem of our contemporary art from the last period of the Ottoman Empire to the Republic. We have not been able to save ourselves from the understanding that regards imitating the West as innovation."

Noting that Ahmet Nejat pointed to "self-consciousness" in his works, Şen said, "Nejat emphasizes the invisible and holistic connection between man and universe that starts with birth and exists before birth and after death with his physical existence on earth through the relationship he established with 'love' and 'none'."

The works by Ahmet Nejat, renowned for his "Hiç Hali" exhibition, were displayed in Iran, Turkmenistan, the United States and United Arab Emirates (UAE), as well as Turkey.