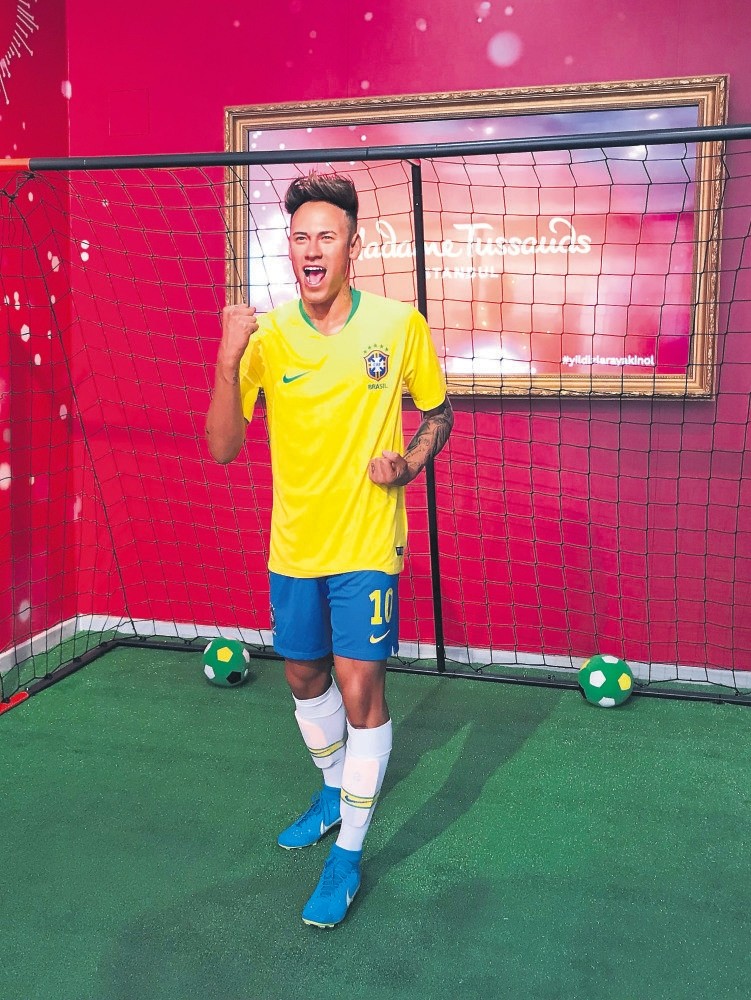 Madame Tussauds Istanbul, a wax sculpture museum of well-known celebrities from Turkey and the world, is displaying a wax sculpture of Brazilian footballer Neymar at the main entrance due to World Cup excitement. People who walk through İstiklal Street in Istanbul can see Neymar's sculpture, take a photo with him, shoot a ball and immortalize cup excitement.

During cup games of fierce competition and where many favorite teams have surprisingly limped out, Brazil is firmly moving forward, and Madame Tussauds Istanbul has wax sculptures of more than 60 celebrities from history, culture-arts, science, sports and entertainment.

The 26-year old footballer Neymar has achieved great success in football, which he started playing when he was 11. With his own unique style and dribbling, Neymar has become the favorite footballer of many football clubs. He now plays for the Brazilian National Team and Paris Saint-Germain FC. The sculpture of Neymar, created in 2015, was prepared with a Barcelona jersey, but then changed after his transfer to PSG. At the museum, see him with a jersey of the Brazilian National Team. Also, cleats, Mercurial Vapor made for Neymar by Nike and the words Ousadia and Alegria, which means "courage" and "joy" on his shoelaces reflect his personality traits. Visitors can also see sculptures of many sport champions such as Messi, Sharapova, Hidayet Türkoğlu, Rafael Nadal, Arda Turan and Usain Bolt.