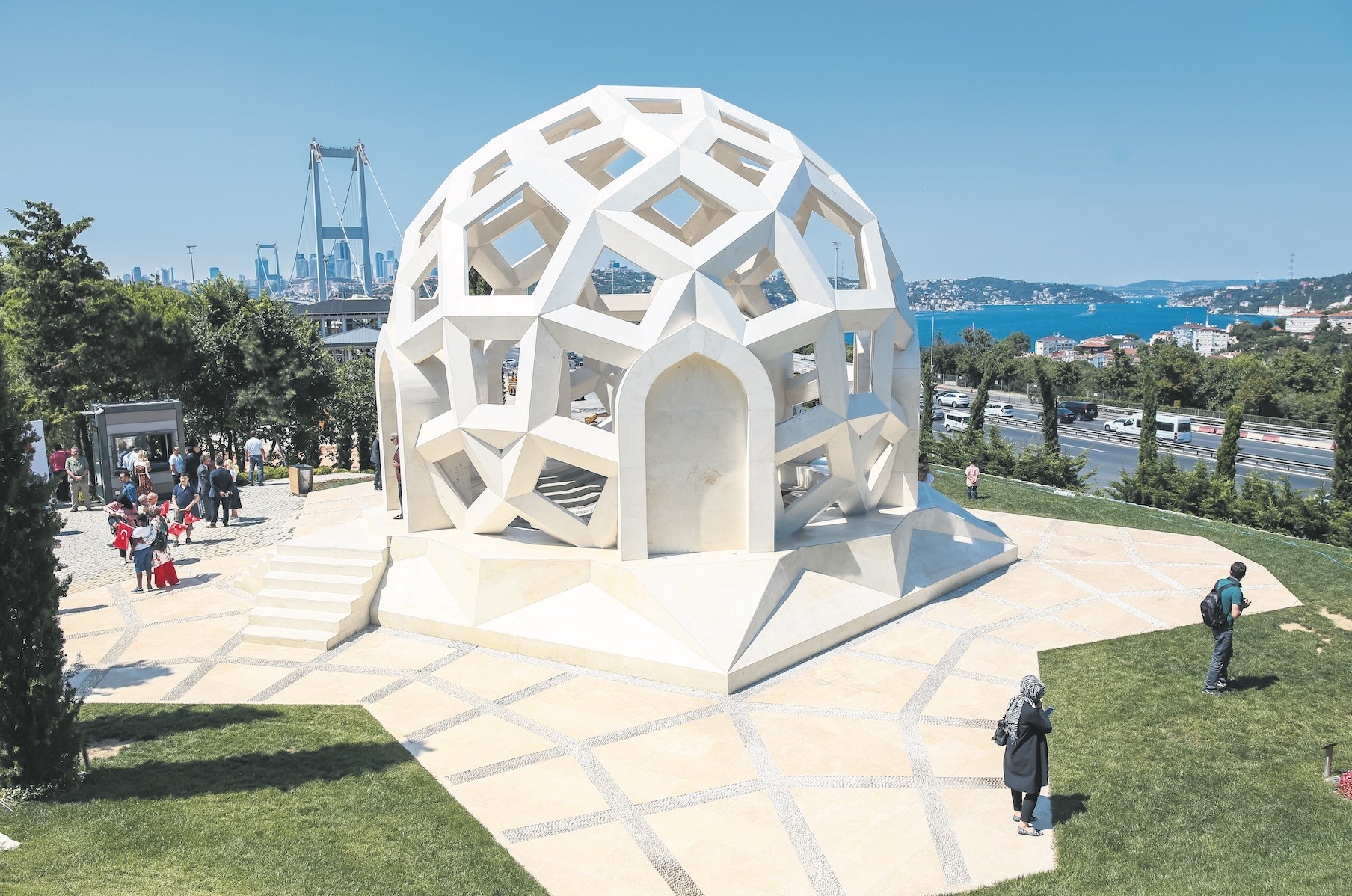 It is the second anniversary of the failed coup attempt that took place on July 15, 2016. Let's take a look at the exhibitions and monuments around the country that symbolize the legendary struggle of the people against putschists

This Sunday is July 15 Democracy and National Unity Day, which marks two years since that dark night when the Gülenist Terror Group (FETÖ) tried to topple the government. Monuments have been erected to represent the heroic resistance of Turkish people against the coup attempt on July 15, 2016.

To mark the occasion, commemorative ceremonies and exhibitions will be held in Turkey. The center of the ceremonies in Istanbul will be the July 15 Martyrs Bridge, where 34 people, including two cops, were ruthlessly killed.

President Recep Tayyip Erdoğan will attend the ceremonies at the 15 July Martyrs Bridge.

Alongside of that, various commemorative cultural events like exhibitions will take place all around the country.

A tank from the Turkish Land Forces Command was installed in the memorial section of the July 15 Democracy Park which was built in Sındırgı district of Balıkesir province. The tank was used in many operations of the Land Forces and was retired. It is now standing in the entrance of the district.

Becoming a symbol of the coup night as citizens stopped it by lying in front of it, the tank has turned into a memorial

in order to better transfer the treacherous coup to the next generations so they won't forget what happened.

July 15 Martyrs' Memorial will be opened in Tokat on July 15.

The July 15 Martyrs Museum in Çorum province will also be opened on the second anniversary of the coup attempt. The museum comprises of two stories on an area of 1,600 square meters.

There are an exhibition hall and cinema hall on the first floor.

On the second floor of the museum, there are 13 rooms where the memories of 12 people from Çorum, including Erol Olçok and his son, who struggled against the coup, along with the slain Sgt. Ömer Halisdemir, who changed the direction of the coup attack, will be honored.

An exhibition that covers the coup events in chronological order and the July 15 Book Exhibition were opened in Erzincan province until Sunday night.

Another exhibition comprising of AA's photos of the coup night was opened in Prizren, on the southwestern in Kosovo. Organized with the collaboration of Turkish Consulate General in Prizren and the Yunus Emre Institute, the exhibition was visited by Aldülhadi Krasnic, the mayor of Mamusha, which is the only Turkish municipality in the country. Wishing that something like this doesn't happen again, Krasnic said, "It was a very painful event. It is not possible to not to be affected after seeing these photos."

The exhibition can be visited until July 18.

The "July 15 Legend of National Will" photography exhibition was opened in Bursa province by the municipality as part of the July 15 Democracy and National Unity Day events.

In the exhibitions, which were opened simultaneously at Beşevler Park, Hüdavendigar City Park, Kent Meydanı and Gemlik along with Open-Air Art Gallery, 70 photos are on display. 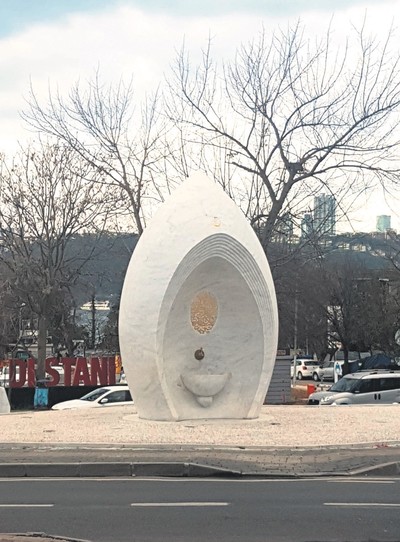 Monolithic marble was used for the construction of the July 15 Martyrs Fountain, which is 35 tons in weight and 4.5 meters in height. It was built representing the blood and tears from the July 15 coup attempt. Eight ripples in the fountain represent the eight doors of heaven. On the front face, a hadith meaning, "Heaven is under the shadow of swords" is written, while the 17th and 18th verses of the Surah Al-Insan can be read on the back. On sacred days and nights, rose sherbet will also flow from the fountain.