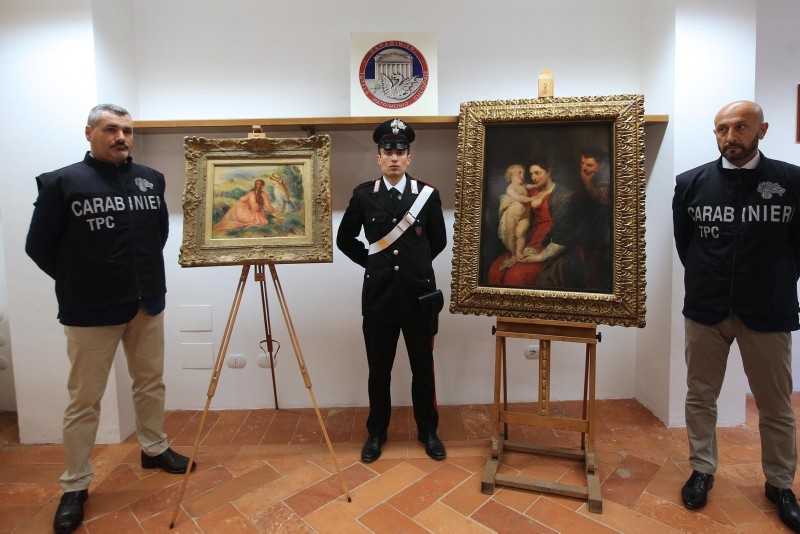 Police in northern Italy have recovered two paintings stolen in 2017, a Renoir and a Rubens.

Carabinieri art-squad police displayed the paintings for reporters Friday in Monza, a city in the northern Lombardy regional of Italy.

Investigators allege the works were stolen in Monza from a pair of art dealers by suspects posing as buyers. The investigators say the thieves had signed a phony contract pledging to pay 26 million euros (about $30 million) for the paintings. According to investigators, when the dealers were distracted, the thieves snatched the paintings and drove off.

Police said the paintings were found in a warehouse in Turin, Italy. Investigators said there are eight suspects, including four Italians and a Croat who were arrested last month in the case.