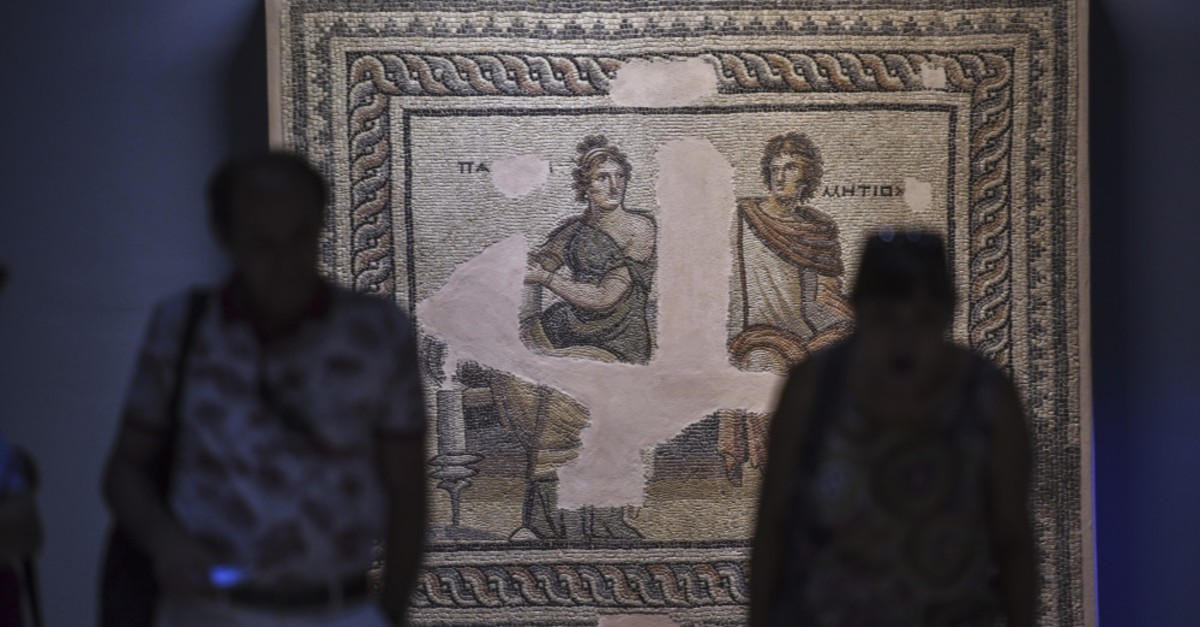 Gaziantep's Zeugma Mosaic Museum, famous for its Gypsy Girl mosaic, one of the largest mosaic museums in the world, was visited by 22,788 people during the nine-day Ramadan Bayram (also known as Eid al-Fitr) break.

Zeugma Mosaic Museum, which sits on an area of 30,000 square meters, opened about seven years ago and is one of the most visited places in Gaziantep. The museum, which also won the Presidential Culture and Art Grand Prize, displays the Gypsy Girl mosaic, the Mars Statue and various other mosaics that were unearthed during the rescue excavations at the villas on the side of the Fırat River along with fountains belonging to the Roman era.

The 12 lost pieces of the Gypsy Girl mosaic was returned to Turkey from the U.S. after 52 years. The museum has become one of the most frequently visited locations in the region in recent years.

Gaziantep, one of the most important cities in the region, is taking its share from this. Öztürk said that Zeugma Mosaic Museum has become one of the biggest brands of the city and the country.

Öztürk noted that in order to improve Turkey's historical and cultural heritage, tourism values, image and brand, works are ongoing. All this is being done to promote the provinces of Gaziantep, Şanlıurfa, Diyarbakır, Mardin and Adıyaman and increase the number of visitors. She added that Gaziantep was the beginning of the cultural route.

"Since Gaziantep is the place where many civilizations have lived, it intensely incorporates historical and cultural assets," she explained.