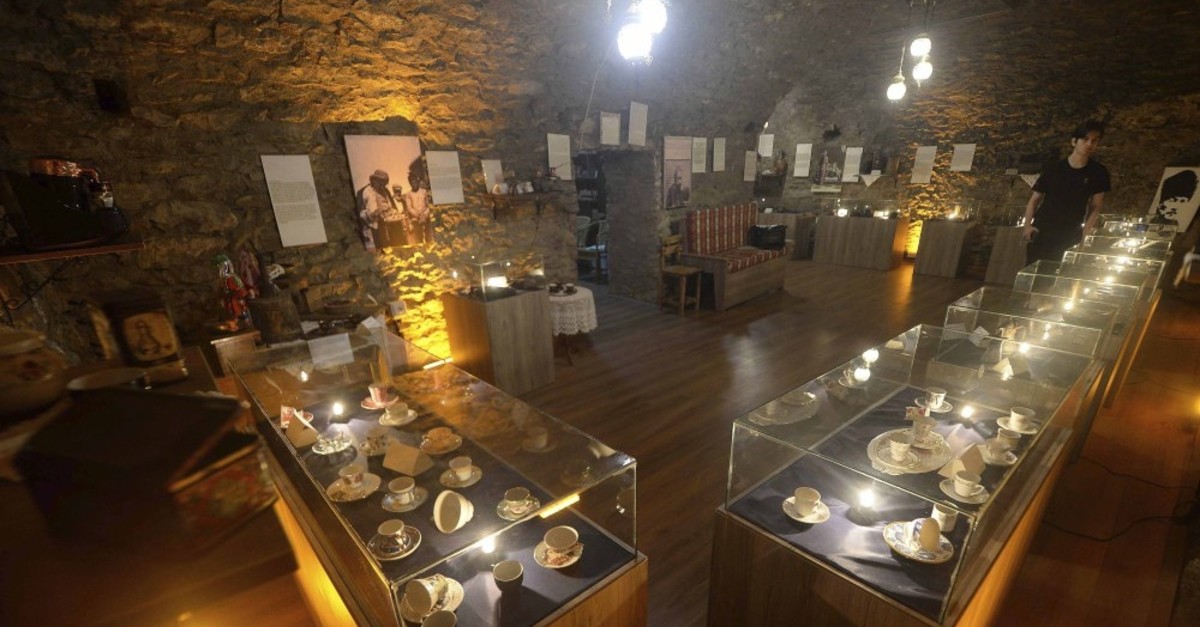 Photo shows the inside of the coffee museum that opened in Safranbolu, Karabu00fck.
by Anadolu Agency Jun 18, 2019 12:00 am

Visitors can now go on a journey through the history of coffee at Turkey's first museum dedicated to the caffeinated drink. The museum in northern Turkey's Safranbolu, home to a UNESCO World Heritage site, was opened by three coffee masters, who want to keep Anatolia's 500-year-old coffee culture alive.

Naim Koca and Atilla Narin, the authors of "Anadolu'nun Kayıp Kahveleri" (The Lost Coffees of Anatolia), and Semih Yıldırım, the inventor of the coffee made with saffron, the most expensive plant in the world, have revealed the almost forgotten coffee culture thanks to their experience and knowledge.

They opened the Turkish Coffee Museum in Safranbolu, the historical area called as "The Capital of Preservation," using the materials they obtained by exploring the coffee culture and history.

The museum aims to hand down the Turkish coffee culture to the next generations and introduce it to tourists.

Speaking to Anadolu Agency (AA), Naim Koca said he has been in the coffee industry for 20 years and wandered all around Turkey. Koca said coffee has a history that goes back 500 years and making Turkish coffee was very important. He added that with two of his friends they opened the museum after four years' of work.

He said they want to promote Turkish coffee around the world. "We edited the book ‘Anadolu'nun Kayıp Kahveleri' (The Lost Coffees of Anatolia) with Atilla Narin. There are almost 40 types of coffee. We want to promote coffee in Turkey because it is a part of our culture. The museum intends to clearly reveal coffee with all its aspect. We aim to introduce coffee to more people and to spread coffee culture," Koca said.

Koca added that between 200 and 250 people visit the museum every day even though it has not yet been opened officially. He also said the greatest interest was shown by foreign tourists.

Blend of tangible, intangible heritageAtilla Narin said he has been researching coffee for 15 years. "We have drawn great attention and support. This is the first and only coffee museum in Turkey. We gathered many samples through a successful struggle. We have the cup Abdulhamid II used in Yıldız Palace when he drank coffee with his wife, the replica of the cup with from which Mustafa Kemal sipped his coffee, and 12-cornered cup representing 12 imams which are also known as the Bektaşi cup. The reactions were positive and we want to further our works because these lands have a history of coffee that goes back 500 years."