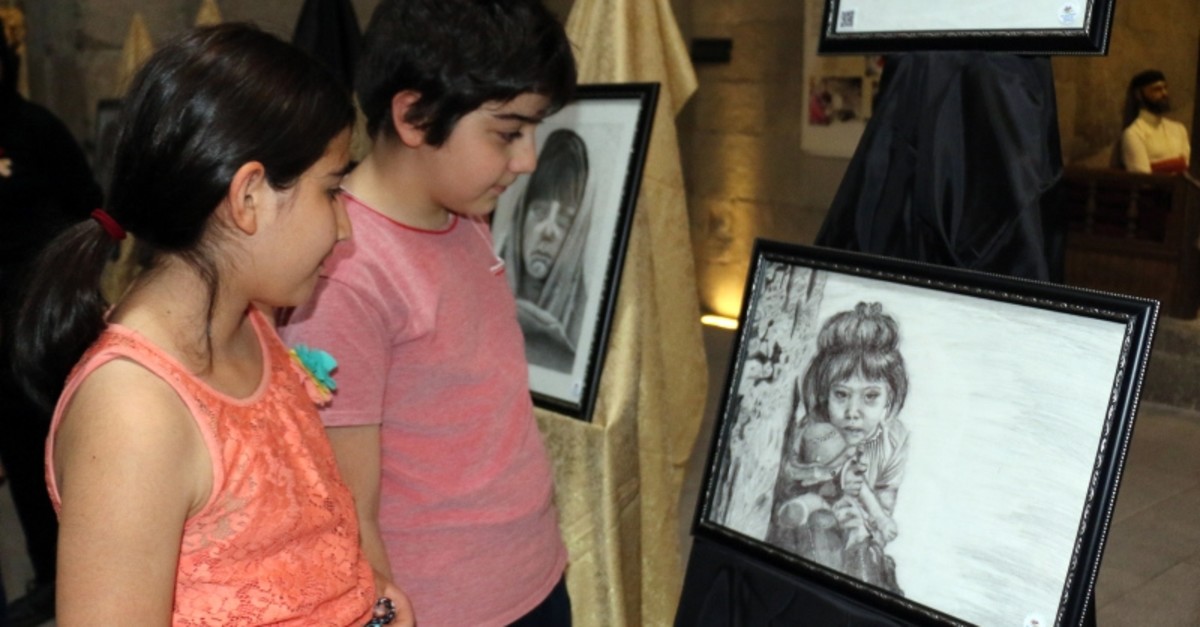 A group of volunteers at the Palandöken district youth center run by the Erzurum Directorate of Youth Services and Sports prepared the exhibit over three months in order to draw attention to the plight of children trapped in wars worldwide.

Some 60 works drawn by the volunteers are being showcased in the exhibition entitled "Children of War" in the historic Yakutiye Madrasah building.

Students also put adhesive bandages on the collars of their shirts during the opening ceremony of the exhibition to create awareness on the injuries sustained by children of war.

Palandöken Youth Center Chairman Mehmet Gözütok told reporters that they saw how great of works young people can produce when they are given opportunities.

"Unfortunately, the biggest victims of wars are children. Our students wanted to express their feelings," said Gözütok, adding that both drawing and seeing these works were saddening.

He also thanked the members of the youth center who worked day and night to open the exhibition, which will welcome visitors for two days.