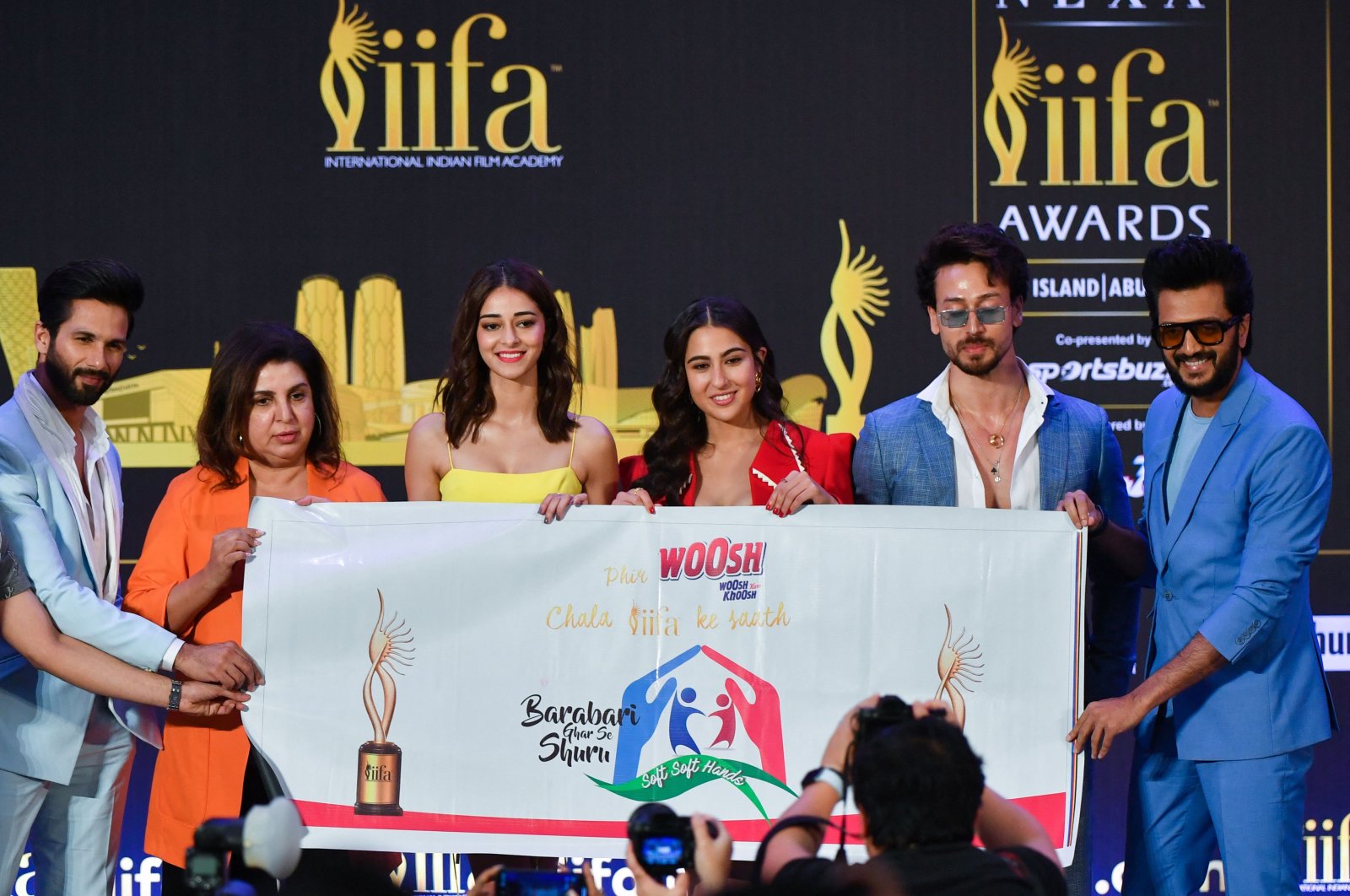 Indian celebrities and Bollywood stars walked a green carpet at the start of the International Indian Film Academy awards in Abu Dhabi, as war movie "Shershaah" marched off with Best Picture and Best Director from a night dubbed Bollywood's Oscars, returning for the first time since the COVID-19 pandemic began with an all-singing, all-dancing awards ceremony.

"Shershaah," depicting Indian war hero Vikram Batra, who was killed in the 1999 Kargil conflict with Pakistan, had been tipped to dominate after receiving 12 nods for the first International Indian Film Academy awards since 2019.

"I would like to thank the family of Vikram Batra for helping me make this movie," director Vishnuvardhan told the crowd at the end of the energetic, five-hour gala in the United Arab Emirates (UAE) capital.

Indian A-listers packed the ceremony, which featured a belly-dancing number during the lavishly choreographed stage show. Bollywood, the Hindi-language film industry known for its strong musical tradition, is the world's most prolific producer of movies.

Best leading male went to Vicky Kaushal for "Sardar Udham," a drama depicting an Indian revolutionary's revenge on the British officer behind the 1919 Amritsar massacre.

But cricket movie "83," which depicts India's seminal 1983 World Cup triumph and received nine nominations, missed out on the major prizes.

The IIFA awards follow a torrid period when India and its film industry were sent reeling by COVID-19, which shuttered cinemas and triggered a rush to streaming services.

Host Salman Khan, one of Bollywood's heavyweights, opened proceedings by riding into the auditorium on a motorbike, a gold IIFA trophy perched on the handlebars.

"We saw that in the last two years the world closed down. Many of us lost our loved ones. Many lost their jobs as well. We faced many difficulties. All of us together overcame the difficulty," he told the packed venue.

"When the world slowly opened, cinema halls were the last to open. But it got filled up first. You saved the film industry and everyone who worked in the industry," said Khan.

Tiger Shroff, son of 1980s superstar Jacky Shroff and one of the new breed of actors, ripped off his jacket to perform the opening number bare-chested, in shades and sparkly trousers.

Outside, the green carpet – switched from red in 2007 to support climate awareness – bore glamorous stars such as Aishwarya Rai Bachchan and Urvashi Rautela, along with Emirati royalty such as Sheikh Nahyan bin Mubarak Al Nahyan, the minister of state for tolerance.

The Hindi-language film industry was worth $2.5 billion in 2019 and produces more movies than any other. India also releases hundreds of films in its 21 other official languages every year.

But pandemic lockdowns sent the industry into a tailspin, with multiplex chains suffering major losses and dozens of small cinemas going bust. India's media and entertainment earnings slumped by a quarter to $18.7 billion in 2020, according to accounting firm EY.

The theater closures prompted a surge in subscriptions to streaming platforms, with American services Netflix, Amazon Prime and Disney's Hotstar tapping into a sharp growth in online audiences.