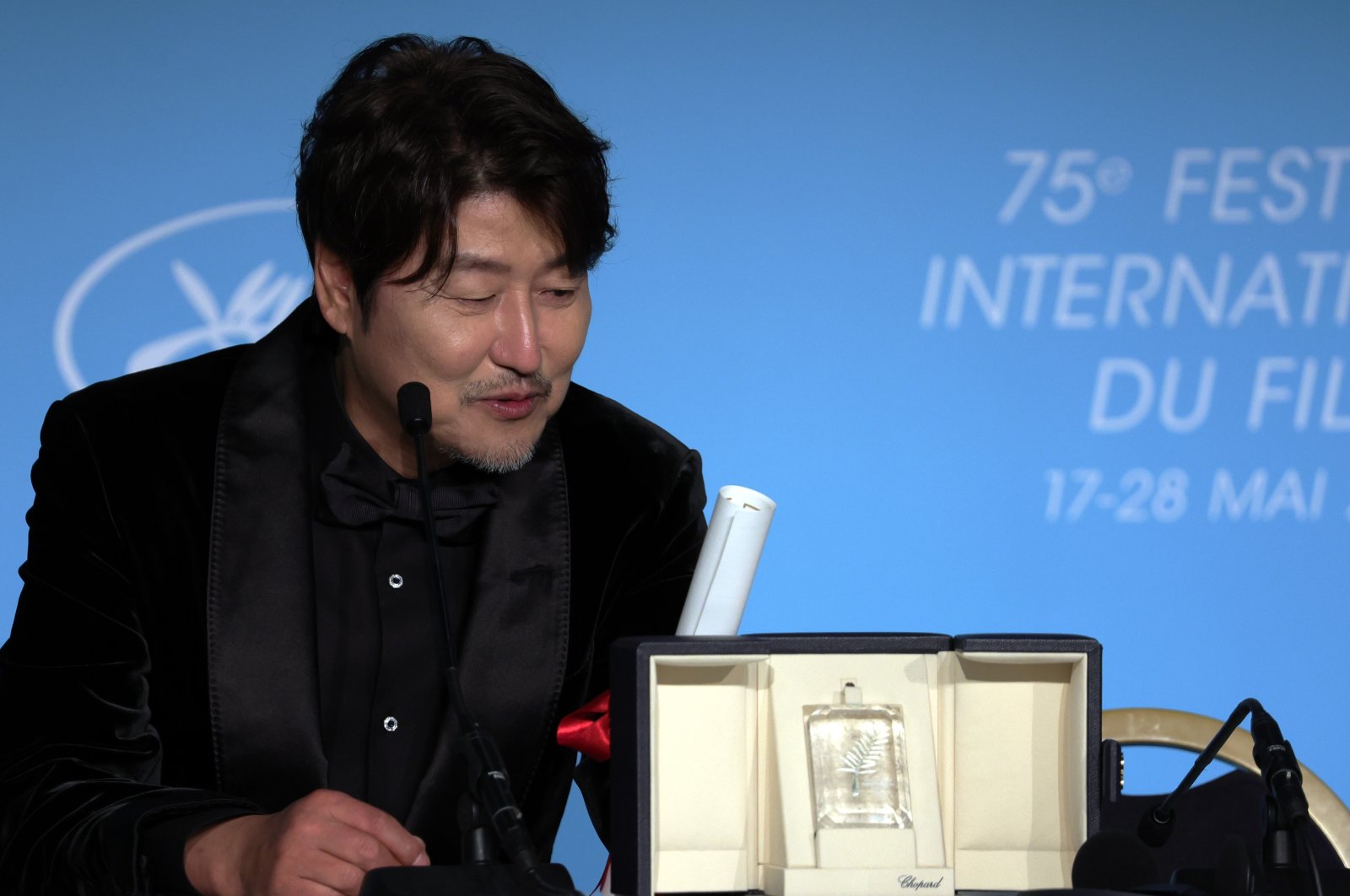 The South Korean cinema industry added to a global winning streak on Saturday by scooping two key prizes at the Cannes Film Festival for a pair of beloved veterans.

That mind-bending shocker helped catapult South Korean cinema onto the global stage – years before "Parasite," which won the 2019 Palme d'Or and best picture at the 2020 Academy Awards.

Park, 58, told the Cannes audience he was bullish about the future of movie-going.

"With the pandemic, borders were closed. We were very afraid of each and theatres were empty, but little by little, audiences will rediscover cinema," Park said.

"Decision to Leave" features Chinese star Tang Wei and Korean actor Park Hae-il and tells the story of a detective who, investigating a man's fatal fall from a mountain, comes under the spell of the victim's wife, whom he suspects of having caused her husband's death.

"I'm not a romantic, but I'm very interested in the expression of emotions," Park told Agence France-Presse when the film premiered at the festival.

The film's mesmerizing soundtrack includes the Adagietto in Gustav Mahler's Fifth Symphony, immortalized in the 1971 movie "Death In Venice" by Luchino Visconti.

Park said the film drew inspiration from the methodical police work contained in the Swedish "Martin Beck" crime thriller books. "That's what I wanted to represent in a movie," he said.

"Decision To Leave" was warmly received by Cannes audiences. The BBC called it a "cracking romantic thriller" and Britain's Screen magazine said it was a "deeply satisfying" tale.

Song, 55, won acting honors for his role in "Broker" about a woman dropping off an unwanted child in a "baby box" for adoption.

He plays a kind-hearted middle man trying to sell the infant to a loving family in the Japanese director Hirokazu Kore-eda's first Korean-language feature.

Kore-eda won the Palme d'Or in 2018 for his touching family tale "Shoplifters."

"I am very happy for my whole family," Song said as he accepted the trophy at the gala ceremony on the French Riviera.

Something of a national treasure, Song has starred in several of the divided country's greatest movies.

Song has made four films with "Parasite" director Bong Joon-ho including the 2006 monster flick "The Host" and Bong's first English-language film "Snowpiercer," both of which were box office and critical smashes.

Starting his career on stage, Song made his first film appearance in 1996 in now-acclaimed director Hong Sang-soo's debut movie, "The Day a Pig Fell into a Well."

Since then, he has appeared in more than 30 films and worked with top South Korean filmmakers including Park Chan-wook, Kang Je-gyu and Lee Chang-dong.

British film magazine Screen called "Broker" "a sensitive and compassionate look at the market for unwanted children" while US movie website IndieWire said it was a "bittersweet and complex family drama."

The Swedish director won one of the most prestigious cinema awards for a second time after winning the Cannes Film Festival's top honor in 2017 for "The Square."

"Triangle of Sadness" is a social satire on wealthy industrialists and influencers, featuring two models and influencers, Carl (Harris Dickinson) and Yaya (Charlbi Dean) who are invited on a luxury yacht cruise.

In addition to Turkey, other co-producer countries were Sweden, France, the United States, the United Kingdom, Switzerland and Greece.

The Jury Prize was split between "EO" by Polish director Jerzy Skollimowski and "The Eight Mountains," an Italian-language drama by Charlotte Vandermeersch and Felix Van Groeningen.