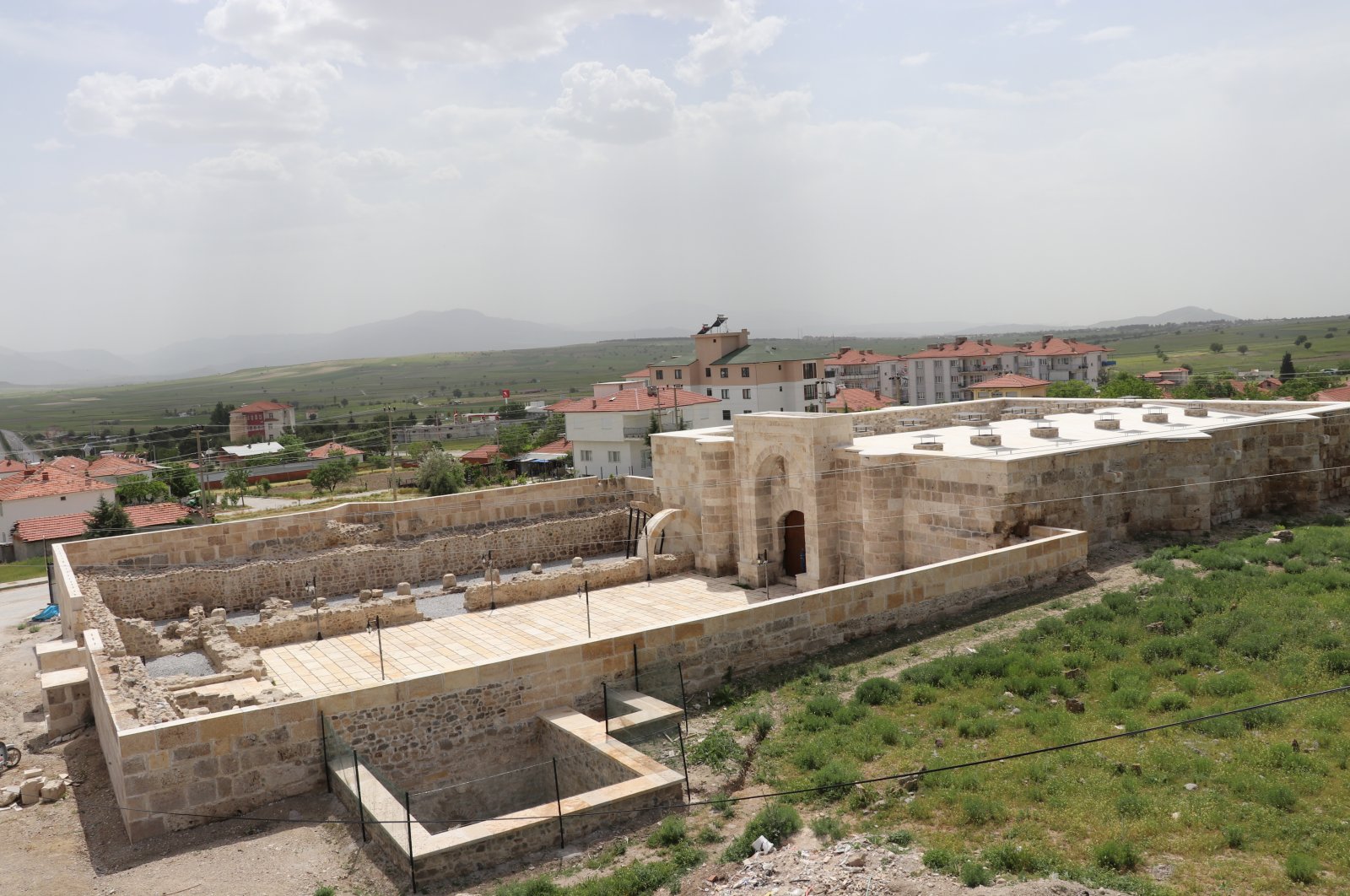 Restoration work has been completed on the 790-year-old Çardak Han (inn), built by the Anatolian Seljuks, in Turkey's Aegean city of Denizli’s Çardak district.

The structure, located in the Saray neighborhood on the Denizli-Afyonkarahisar highway, has been restored as part of the work initiated by the General Directorate of Foundations.

Associate professor Mustafa Beyazıt, a faculty member at Pamukkale University's (PAU) Art History Department, Faculty of Science and Letters, told Anadolu Agency (AA) that Çardak Han, also called a caravanserai, is located on a branch of the Silk Road, which connects the central province of Konya, then the capital of Anatolian Seljuks, to the west.

Pointing out that the han was built by the order of Esedüddin Ayaz, the guardian of Honaz town and the first known governor of the Anatolian Seljuks in Denizli in 1230, Beyazıt said: “Located 55 kilometers from Akhan caravanserai near Denizli, Çardak Han is the oldest Turkish-Islamic structure known in Denizli and has survived to the present day. It has been documented as the first to witness the Turkish-Islamic period in the region and has a history of nearly 800 years. With lion statues on both sides of its inscription and bull-human heads, double fish reliefs on the column headings in the closed part, Çardak Han has a distinguished place among the inns of the period. Located on the trade route, it is the largest structure of its kind in the Aegean region, which is home to camel trains. We know through archival documents that the people around the caravanserai who helped to operate it, which served as an inn and guard during the Ottoman period, were exempted from tax.”

Beyazıt stated that the work in the courtyard section of the structure has been finalized and thus the place of the caravanserai in Turkish-Islamic art has been further clarified in architectural terms, adding, “It is a pleasing development that the restoration of Çardak Han has been completed and it will be put into service.”

Extending thanks to all the authorities who contributed to the restoration of the inn, Yılmaz indicated: “The caravanserai has survived to the present day but has been worn down quite a bit as a result of years of deformation. Under the leadership of the municipality and with the contributions of Nihat Zeybekci, the former minister of economy, the restoration was carried out and finalized. We are delighted to have brought such an inn back to our district.”

Emphasizing that the caravanserai on the Silk Road route will make a great contribution to domestic and international tourism thanks to the presence of the airport in the district, as well as the presence of land and railway leading to it, Yılmaz said: “We presented our views and proposals to the Ministry of Culture and Tourism in terms of its contribution to tourism in our district. I hope that we will put the inn into the service of Denizli for touristic purposes soon. In order to bring this place into tourism, we are in consultation with tour operators and our investors in carpet and rug marketing. We will open our inn, which has been restored to its former glory, to visit as soon as possible and bring it into tourism.”

The Çardak Han, built during the reign of Anatolian Seljuk Sultan Kayqubad I, is located about 500 meters (1,640 feet) inside the highway. The inscription of the inn reads that it was constructed by Chief Commander Ayaz as a ribat, a small fortification built along a frontier, in the month of Ramadan in the year 627 of the Hijri (Islamic) calendar. The caravanserai exemplifies the look of Seljuk sultan inns with its rectangular closed space and square-shape courtyard, which has a five-nave section measuring 22.50-by-27.00 meters that is covered with pointed vaults that sit in four rows of cut stones.

In the middle nave, which is wider and vaulted higher than the others, there is a relief of a bull's head on the first column heading, two fish splashing together on the third and a human head on the fourth. There are two Seljuk lion statues on both sides of the seven-line inscription placed on the crown gate.