Ghost village Kayaköy's churches to be restored in southwestern Turkey 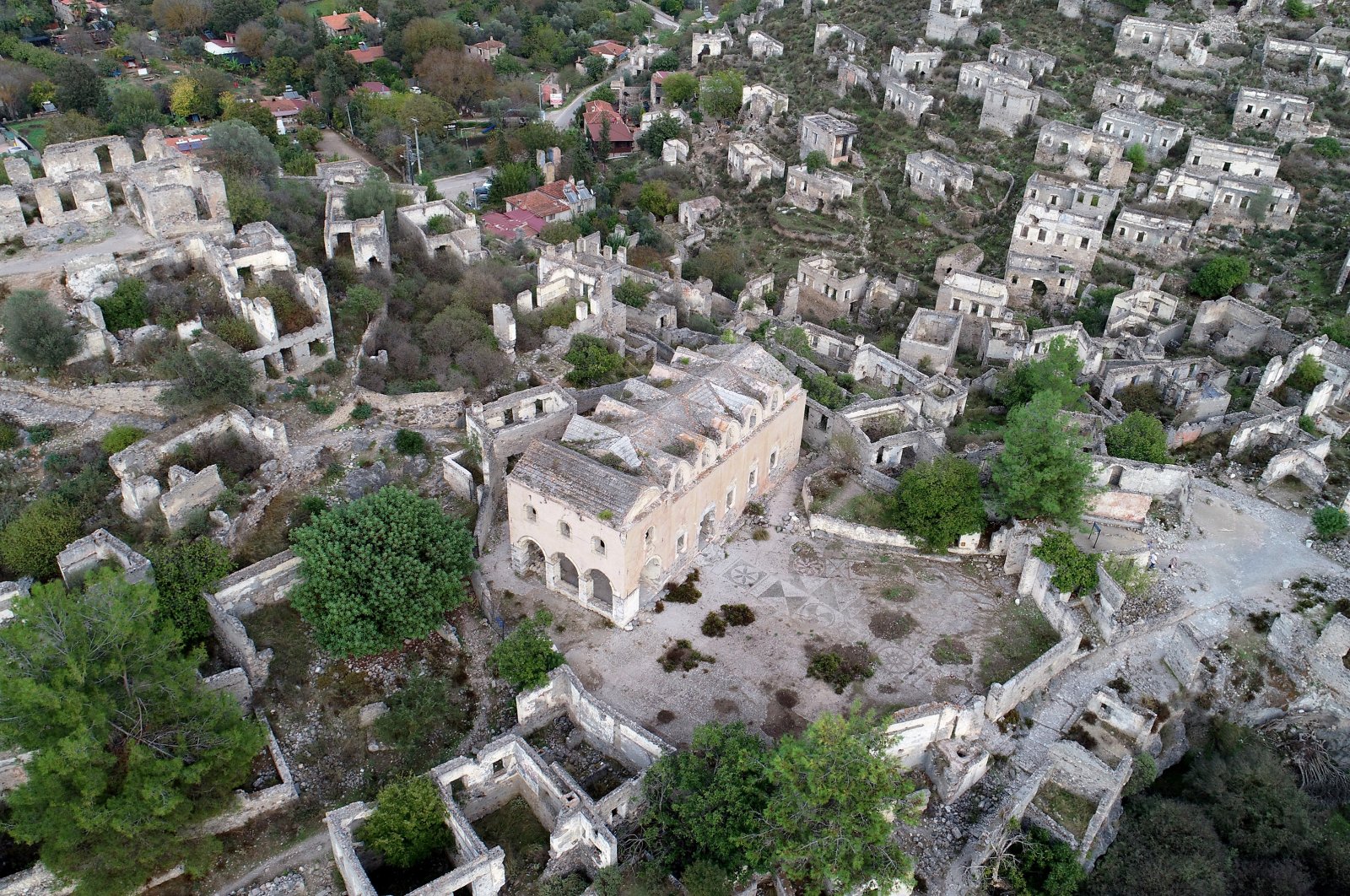 Two historical churches in Kayaköy, a centuries-old settlement in Fethiye, in southwestern Turkey's Muğla, will be restored after being left abandoned for 97 years.

The Kayaköy ruins, often called the ghost village, host roughly 400 houses, two churches and several chapels.Once dubbed the largest village in Turkey, its predominantly-Greek locals were subject to the population exchange between Turkey and Greece in 1923, and Turks resettled in the area did not wish to reside in Kayaköy, leading to its abandonment. It welcomes a large number of local and foreign tourists every year, taking them on a historical journey.

As part of a Muğla Culture and Tourism Directorate project, the Kayaköy churches will undergo restoration before reopening for tourists.

Speaking to Anadolu Agency (AA), Muğla Culture and Tourism Director Zekeriya Bingöl said Kayaköy attracts both local and foreign tourists with its settlement plan and historical structures. It is one of the most "sensitive areas that need to be protected."

He said the village is becoming more popular with tourists and in recent years it has been used as a backdrop in commercials and music videos. He added that the churches are the most important structures among the ruins, creating the most visual appeal.

Bingöl explained that the Directorate would like to renovate historical structures across Muğla that have been weathered by time to encourage tourism. The director said 99,000 people visited Kayaköy last year but only 38,000 came this year by the end of October due to COVID-19.

He said Kayaköy will attract further attention once the restorations are complete. "The village had around 400 houses, each measuring no more than 50 square meters. What is intriguing about these houses is that they did not spoil each other’s view and light. The city, which also attracts people with its architecture, features many chapels in between houses, two churches, one school and one customs building," he added.

The restoration of the two churches will be financed by the Muğla Governorship Investment Monitoring and Coordination Department (YIKOB) after it is approved by the conservation board.