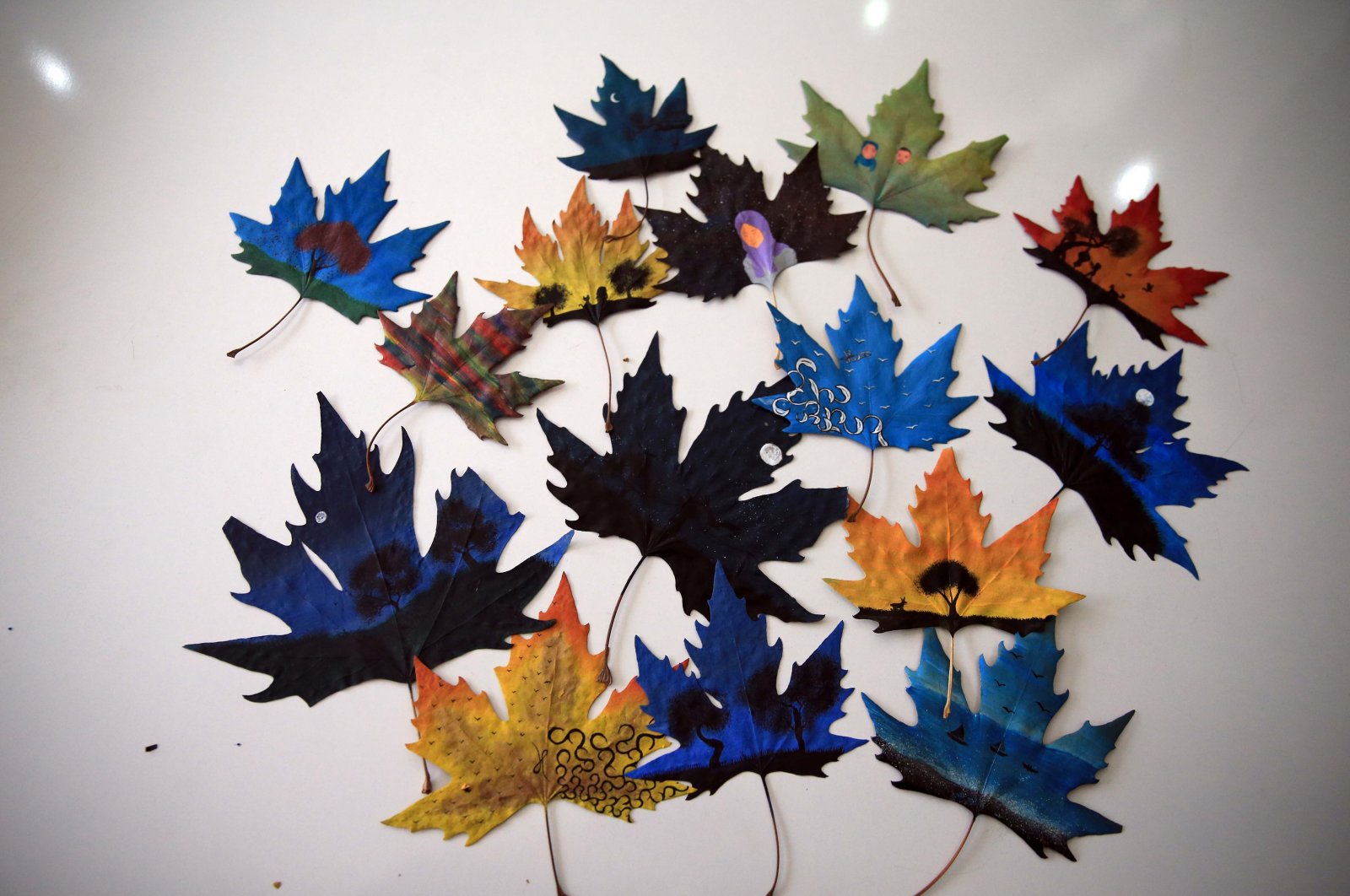 By decorating dried plane tree leaves with various artistic motifs, Hüseyin Özçelik, a courier in the Aegean city of Uşak, turns the natural beauty of autumn into a form of art

A courier for a cargo company in the Aegean city of Uşak turns dried plane tree leaves he collects throughout the autumn season into unique pieces of art by decorating them using the ancient tradition of illumination.

Two years ago, Hüseyin Özçelik, together with his cousin, took some courses in his hometown on the art of illumination, a centuries-old traditional style of embellishment that generally uses gold. One day, while he was walking in a street, a dry tree leaf pattern on a bag caught his eye – a moment that Özçelik describes as a “turning point” in his life. A light bulb went off in his brain, “why shouldn’t he make motifs too by using the art of illumination?” That question would change his working life.

Özçelik first drew human silhouettes and various motifs on plane leaves by incorporating what he had learned in the illumination course and started sharing his creations on social media platforms. The more he shared, the more the demand for his work rose, which later led him to put his artworks up for sale. In a short period of time, a hobby to escape the stresses of working life had become a new, attractive career.

Currently, Özeçlik, 25, paints and draws to order at home or in workshops. He has customers from both inside and outside Uşak, sending out the artworks through cargo services.

Özçelik collects the plane leaves to paint in autumn, looking out for larger leaves that are wider than 7 centimeters (2.7 inches). Keeping the leaves he collects at home, Özçelik uses them as a canvas for his watercolor paintings of human silhouettes, the sky, stars and the sun rising and setting, in line with orders he receives. In addition to the ancient technique, he uses napkins to add effects to his creations, which can sometimes take 10 hours to complete.

The young artist told an Anadolu Agency (AA) correspondent that “the interest shown in his work makes him happy.”

“At first, my close friends didn't believe me. Because I had never been in such a job or I was working in a courier company, and they thought I couldn't do it,” he said. “I proved they were wrong after my first work, and it became more persuasive when they saw it turned into an income for me.” He is now enjoying the positive reactions to his work from those around him.

Emphasizing that he feels calm and at peace while working with the plane trees and their leaves, Özçelik said he is already "one with nature."

"I love village life and spending time there. It is an indescribable feeling for me to draw your dreams on yellow leaves, which are a tiny part of nature, or to make it more beautiful, to add art to art,” he explains.