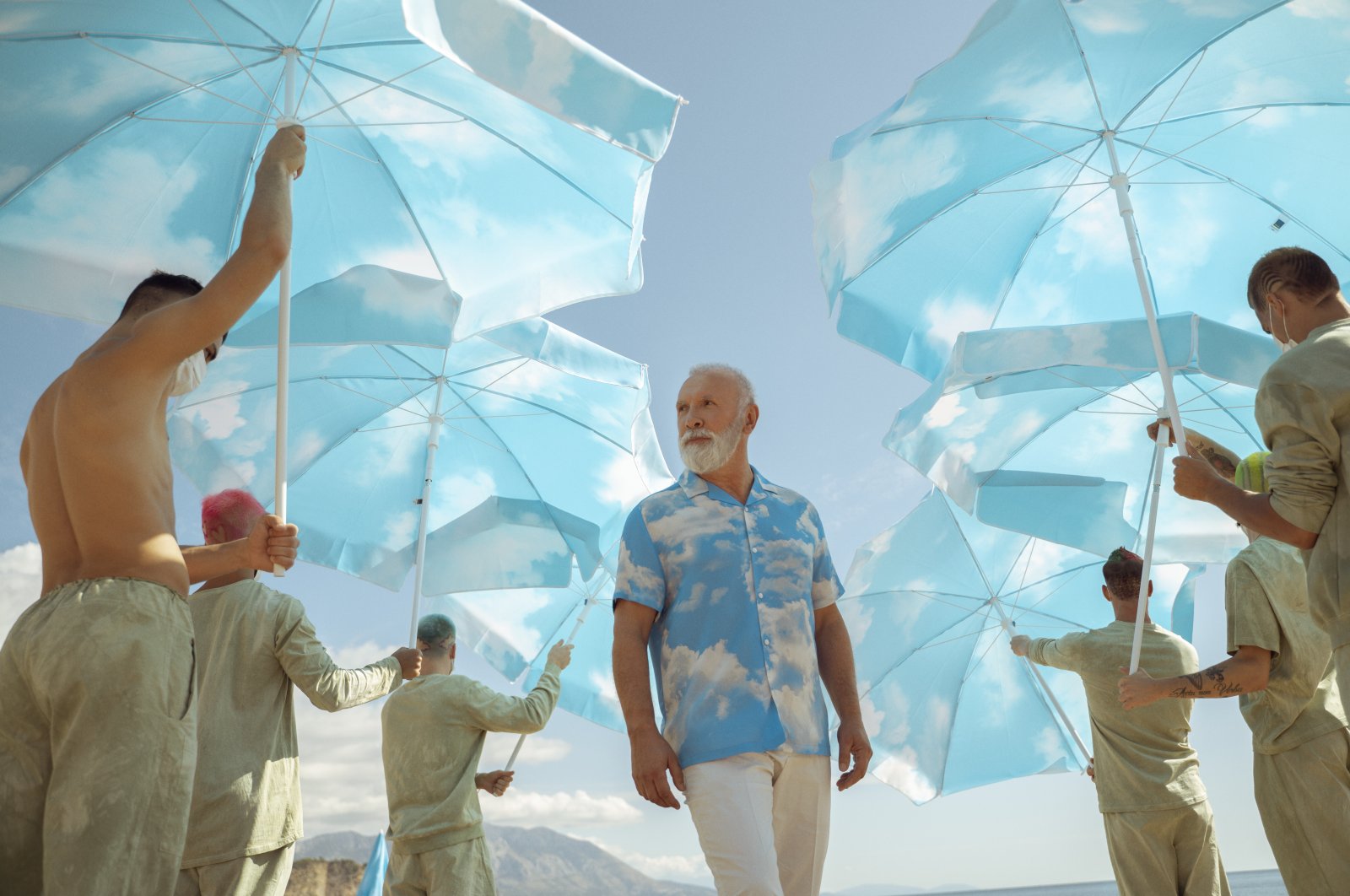 Dino Merlin is set to take the stage at the Presidential Symphony Orchestra (CSO) hall in the Turkish capital Ankara on June 2.
by İREM YAŞAR May 31, 2022 3:55 pm

The world-famous Bosnian-Herzegovinian singer Dino Merlin is set to take the stage at the Presidential Symphony Orchestra (CSO) hall in the Turkish capital Ankara with an exclusive concert on June 2. The concert is being held as part of the Başkent Culture Road Festival, which adds vitality to the historical and contemporary cultural riches of the city with a wide selection of events.

Merlin was born as “Edin Dervishalidovic” in 1962 in Sarajevo in Bosnia-Herzegovina, which was part of the Republic of Yugoslavia at the time. “Dino” was actually the nickname his mother used to call him when he was a little child. His father was an Albanian carpenter while his mother was a Muslim cleric. Following his parents’ divorce, Merlin was raised by his mother, and his upbringing within a religious atmosphere influenced the artistry of the master musician. He even started his music career as a müezzin, or a reciter of the call to prayer. According to Merlin, the religious atmosphere in some way formed his identity and contributed to his art.

Although he wanted to attend the music school following his elementary education, Merlin enrolled in the Sarajevo Technical High School in line with his mother’s wishes. His mother did not want Merlin to pursue a career in music but she helped him to buy his very first guitar. Merlin first learned the chords and started to write his own songs. The self-thought artist then founded the rock band “Merlin” with his childhood friend and keyboard player Mirsad Lutvica in 1983. The duo recorded five albums together and became one of the bestselling rock bands in Southeast Europe with their pieces.

Merlin was heavily influenced by Yugoslavian musicians Bijelo Dugme, Zdravko Colic, Kemal Monteno and Toma Zdravkovic, and participated in many music competitions by covering their songs. Noting that the music that inspires him the most at a particular moment in time usually corresponds with the moods, the atmospheres and the situations he finds himself in, the singer explained: “People are generally on a quest for solace; some ultimately find it in music or while reading a good book, whilst others find it in a temple, be it a mosque or a church. Music to me is a kind of solace and when I hear a song that inspires me it provides comfort and consolation during those three to four minutes and to me that is enough.” Merlin was also keen on the music of Western artists. Among them were the Rolling Stones, the Beatles, Cat Stevens, Simon & Garfunkel and Leonard Cohen.

While many Balkan musicians left the region during the 1990s war in Bosnia, Merlin stayed in Sarajevo to give hope with his moving songs. He cemented his status in Bosnian collective consciousness with his song "Da te nije Alija" (“If there was not you Alija”), written to honor late Bosnia-Herzegovina President Alija Izetbegovic. The audience was greatly moved when he performed the song to 100,000 spectators at Sarajevo's largest stadium, Kosevo. The delicate singer composed other patriotic songs as well, such as "Bosnom Behar Probeharao" (“All Over Bosnia, the Blossoms Have Bloomed”) and "Vojnik srece" (“Soldier of Happiness”), during these times. Merlin also wrote the lyrics of the first national anthem of Bosnia, "Jedna si jedina" (“You are the one and only”), which was the official national anthem of Bosnia from 1992 until 1998.

The album "Sredinom" by Merlin was the top-selling album in six countries that were once part of the former Yugoslavia. His next album "Burek” features Turkish verses on certain tracks devoted to Sarajevo.

Besides, Merlin has participated in many European festivals to represent Bosnia-Herzegovina, including the Eurovision song contest, the Copenhagen festival and Turkvision. With his latest studio album "Hotel Nacional,” the singer also managed to enter the Top 10 on the Billboard's Top World Albums chart, becoming the only artist from Slavic-speaking Europe to ever be featured on the list. Speaking about his feelings after hearing his Billboard recognition, Merlin said: “Upon its release, the album debuted at No. 8 on the Billboard World Albums Chart. With that album, we were able to tour and perform in front of 1 million people across the whole world and many of those songs still live on after all these years. Of course, being featured on Billboard was a significant achievement as well as a great compliment and testament to the quality of the album, but I believe that the biggest award you can receive is the one given to you by your audience.”

The singer is so excited to meet Turkish listeners at his show at CSO ADA ANKARA, where Bosnian band Divanhana – who performs traditional music in new arrangements created under the influence of jazz, pop and 20th-century classical music – will perform as the opening act. Mentioning that his last rendezvous with the Turkish audience were the concerts that they played in Istanbul during the “Hotel Nacional” World Tour in Ora Arena in 2016 and in Zorlu Performing Arts Center (PSM) in 2018, Merlin said: “After several years of not having played in Turkey, I can truly say I have missed my Turkish audience and am excited to see them again, this time for the first time ever in Ankara.”

Stating that he always feels an enormous responsibility and respect for his listeners and strives to deliver a better show than the last time in each performance, the musician added: “Over the past several weeks I have been preparing diligently together with my band and crew to compile a special setlist that will have its exclusive premiere at the show in Ankara. It features a list of some of my most well-known songs performed in an acoustic style with brand-new arrangements done specially for this occasion and I do hope the audience will enjoy it as much as we’ve enjoyed our rehearsals for this show.”

The tickets for the Ankara gig of Dino Merlin, indisputably one of the greatest and most popular musicians in Bosnia-Herzegovina and the Balkans, can be purchased from biletinial.com.

Merlin has also been recently working on the final touches of his upcoming album, which is set to be released at the end of this year. The singer mentioned that he can hardly wait for the album to see the light of day and he lives for the moment they can start a full-fledged worldwide tour to promote and perform the new songs to audiences across all continents. So, stay tuned for more mesmerizing songs by Merlin that will take you on a journey in faraway lands!