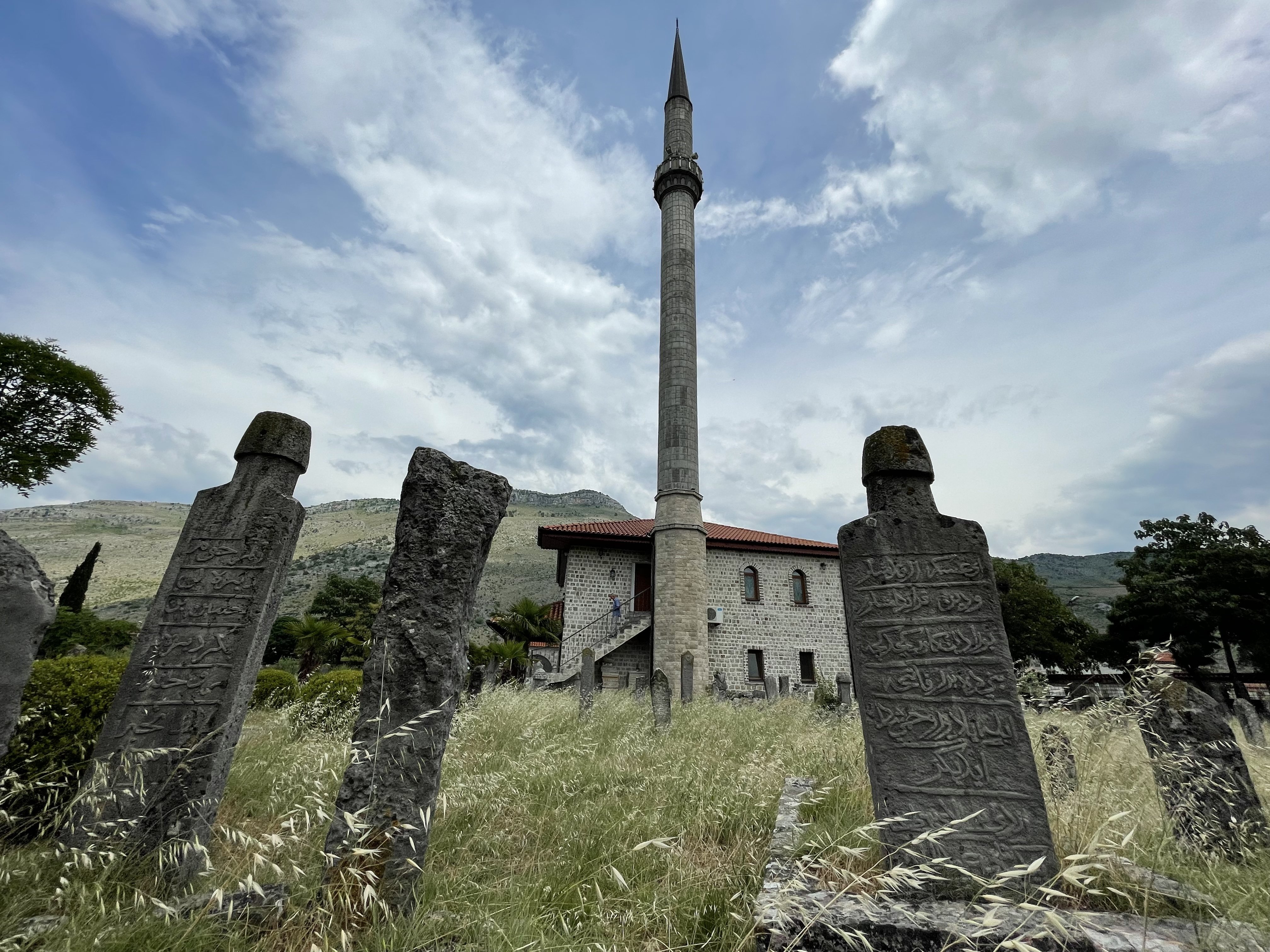 Commissioned by the Ottoman Sultan Mehmed II, also known as Mehmed the Conqueror, in Tuzi town of Podgorica – the capital of Montenegro, the Nizam Mosque and Martyrs’ Cemetery has been restored and opened to worship.

During the reign of Mehmet the Conqueror, a cemetery was formed for the martyrs when Montenegro was captured. Soldiers who were martyred during the conquest of Montenegro, 400 Ottoman soldiers who died in the cholera epidemic in 1911, and the Balkan Wars martyrs were buried in the Nizam Martyrs’ Cemetery. Later, a mosque was added to the area of the cemetery.

The Muslims of Montenegro wrote a letter to the Ottoman Empire in 1911 and demanded the restoration of the Nizam Mosque, which was left neglected. The letter could not be answered due to the turmoil after the onset of the Balkan Wars in 1912 and the withdrawal of Montenegro from Ottoman rule.

Afterward, the Nizam Mosque, where the last Tarawih prayer was held on the Laylat al-Qadr or the Night of Power in 1931, was completely destroyed during World War II.

The restoration process of the Nizam Mosque also has a meaningful story. Although the empire could not answer the letter the Muslims of Montenegro wrote to Istanbul in 1911, the demands were fulfilled approximately 100 years later.

In 2000, the Turkish Cooperation and Coordination Agency (TIKA) took action to build a new mosque in place of the Nizam Mosque.

After 10 years of meticulous work, the historical mosque was reopened for worship on Sept. 5, 2010, again on the Night of Power.

The Turkish flag, the Ottoman Balkan flag, and the Ottoman coat of arms are hung on the mosque's walls, decorated with Ottoman patterns and architecture. Centuries ago, adhan, or the call to prayer, is recited from the mosque's minarets five times a day.