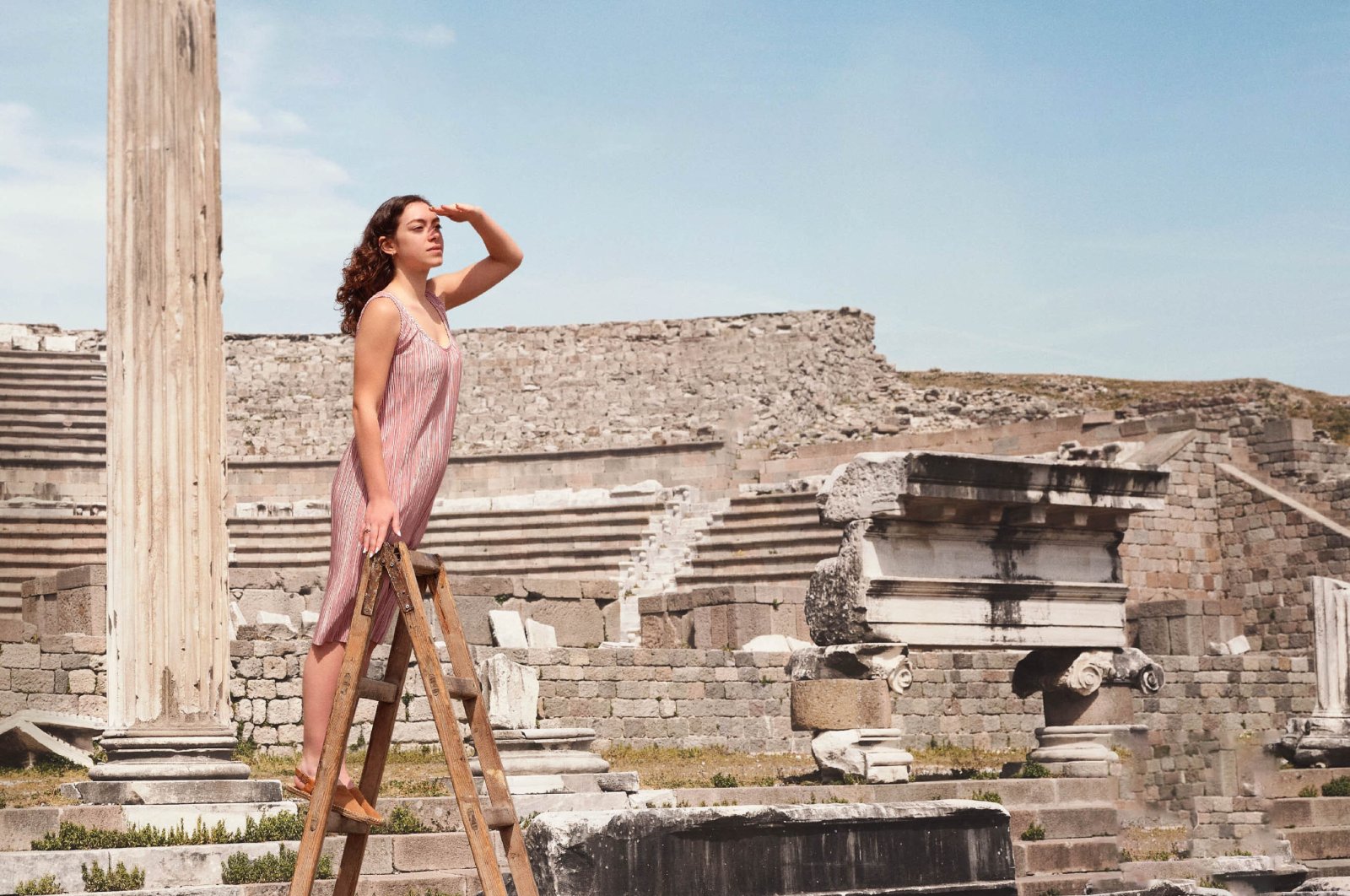 The festival celebrates the cultural heritage of Pergamon through performing arts and an event program. (Courtesy of the festival organizers)
by Daily Sabah May 24, 2022 2:34 pm

The Bergama Theater Festival will lift its curtains for the third time with a program full of hope, solidarity and sharing

Located in Pergamon, an ancient city in the western province of Izmir, the Bergama Theater Festival is primed to meet spectators for the third time. The festival invites people to get lost in the historical streets of Pergamon in the midst of theater performances, workshops and talks from June 2-5.

The innovative Bergama Theater Festival, which took place for the first time in 2018, was launched with the dream of encouraging constructive discussions by taking inspiration from the historical and organic connection between Berlin and Pergamon, which began with the relocation of the Altar of Zeus to the German capital. Therefore, the program of the first edition of the festival focused on the reflections of the relationship between Pergamon and Berlin on artistic production.

After a two-year compulsory break due to the COVID-19 pandemic, the festival returned for its second installation in 2021 with the goal of being a sustainable, transformative event. Since then, it pays attention to four main pillar elements within its body. While it tries to strengthen its "localization" aspect by improving relations with artists and producers in the region, it also supports "professionalism" with "sectorization." The festival creates an equal and accessible environment for arts and culture according to the aims of "accessibility." Lastly, with the "participation of children and young people in arts and culture" focus, the event gives a lot attention to the audience of today and tomorrow, the festival’s friends and, possibly, the future team, artists and creators.

In its third edition, the festival draws attention to the importance of coming together, meeting and sharing new stories at a time of climate crisis, war and the pandemic that we have been experiencing globally. It calls people to come together with the power of production, make new acquaintances and discover new stories.

With the aim of paving the way for new beginnings, the festival will organize activities in neighboring villages and on the streets for the first time this year. Among the activities are many fascinating plays by regional theater groups, including "The Madness of Lady Bright" and "Macbeth In The Kitchen," in addition to international performances, walking tours, workshops, talks and concerts.

While triggering solidarity, creativity and sharing in the historical atmosphere of Pergamon, the Bergama Theater Festival aims to lay the groundwork for discussions on the issues it focuses on and to become a meeting point, moving beyond just being a spectacle. It also hopes to open up space for less represented producers, audiences and practitioners.

Located in the colorful district of Bergama, famous for its numerous well-preserved historical sites and unique cuisine, Pergamon is among the top must-see attractions in western Turkey. Founded in the third century B.C. by the Hellenistic Attalid dynasty, Pergamon served as the capital city of the kingdom for 15 decades.

The ancient city, where the human voice and breath have never been interrupted in its history of more than 2,500 years, was home to many civilizations throughout history. The ancient site is also on the UNESCO World Heritage List. “Pergamon is a testimony to the unique and integrated aesthetic achievement of the civilizations. It incorporates Hellenistic, Roman, Byzantine and Ottoman structures, reflecting Paganism, Christianity, Judaism and Islam, preserving their cultural features within the historical landscape,” UNESCO says on its website.

Pergamon had a deep-rooted theatre tradition, a passion for literature strong enough to introduce parchment paper to the world and was home to great achievements in the fields of health, science and architecture. The festival celebrates this heritage of universal value through performing arts and an event program consisting of multidisciplinary workshops, panels and walks, aiming to reach even more people.

Announcements about the festival can be found on the festival's website and social media accounts. Tickets for the plays to be performed at city-specific venues are on sale on Mobilet.