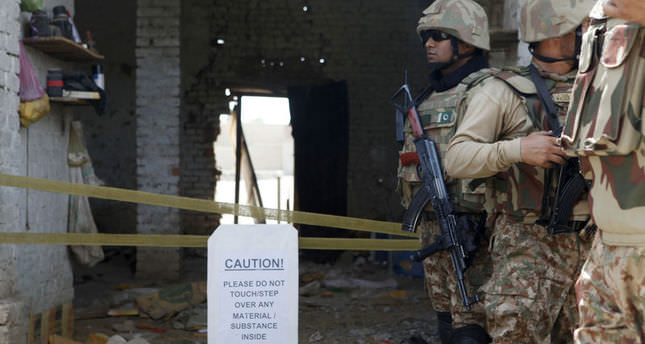 by AA Jul 16, 2014 12:00 am
At least 35 militants were killed in a fresh bombardment of suspected hideouts in Pakistan's isolated Shawwal valley, which has emerged as a new battleground between security forces and embattled Taliban militants, officials said Wednesday.

The operation raised the number of militant casualties to 472 since the army launched its anti-militant operation in northwestern tribal region North Waziristan on June 15.

The Shawwal valley is considered the next immediate base for fleeing militants because of its remote nature and vicinity to the porous border between Pakistan and Afghanistan.

The army says it has all but cleared North Waziristan's main town Miranshah but it is facing stiff resistance in the town of Mir Ali, a former militant stronghold.

Five soldiers including a captain were killed in fierce clashes with militants in Mir Ali town on Tuesday.