At least 45 killed in suicide blast at Pakistan-India border 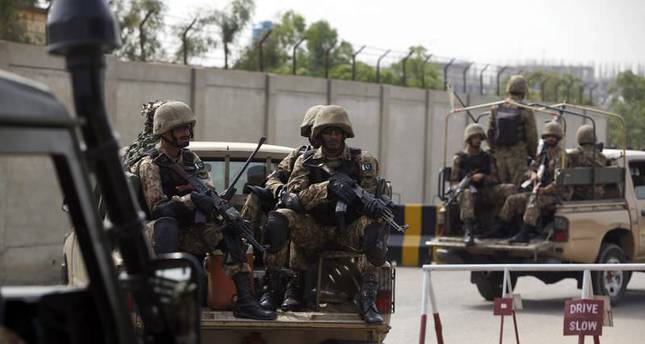 by Associated Press Nov 02, 2014 12:00 am
A provincial Pakistani police chief says a bomb blast has killed nearly 45 people near the country's eastern border with India.

Mushtaq Sukhera told reporters in Lahore that the bomb exploded outside a restaurant near a Pakistani paramilitary soldiers' checkpoint at the Wagah border crossing on the city outskirts.

He says the death toll is likely to rise because over 70 people are wounded, with several in critical condition.

Sukhera says the attack looks like the work of a suicide bomber, but police are investigating.

He says the police had intelligence reports in advance that there could be such a blast in the city.

Another Lahore officer, Haider Ashraf, says some paramilitary soldiers are among the wounded.

No one has claimed responsibility for the bombing.