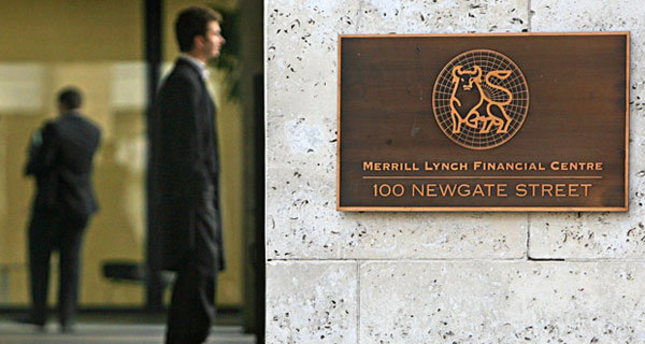 by reuters
Nov 04, 2014 12:00 am
Hong Kong police have charged a 29-year-old British banker with two counts of murder after authorities found the bodies of two women in his apartment, including one that had been hidden in a suitcase on a balcony. In a statement, police said the man, who was not identified, would appear in a local court on Monday to be formally charged. Hong Kong media said the victims were prostitutes from Indonesia. A spokesman for Bank of America Merrill Lynch told Reuters on Sunday that the U.S. bank had, until recently, an employee bearing the same name as a man local media have described as the chief suspect in the double murder case. Bank of America Merrill Lynch would not give more details nor clarify when the person had left the bank.

Police arrested the man on Saturday at his apartment in Wan Chai, a central city district known for its night life. They have declined to give his name. The grisly murders have shocked Hong Kong, a city with a low homicide rate. Britain's Foreign Office in London said on Saturday a British national had been arrested in Hong Kong, without specifying the nature of any suspected crime. While one of the victims had been stuffed in a suitcase on the balcony, the other had been found lying inside the apartment with wounds to her neck and buttocks, police said. Local media quoted police as saying the body in the suitcase had been there for three or four days. The charged man had called police in the early hours of Saturday and asked them to investigate the case, police have said.

Hong Kong's Apple Daily newspaper said the suspect had taken about 2,000 photographs and some video footage of the victims after the killings including close-ups of their wounds. The apartment where the bodies were found is on the 31st floor in a building popular with financial professionals, where average rents are about HK$30,000 (nearly $4,000) a month. "It's very shocking because we never expected something like this to happen in Hong Kong, especially in the same building that I'm living in," said banker Mina Liu. Another woman who lives down the corridor from the flat where the bodies were found said she had seldom seen anyone come and go from the apartment.

There were 14 homicides in Hong Kong, a city of seven million people, between January and June, down from 56 in the same period last year, according to government crime statistics. In one of Hong Kong's most talked-about killings, the so-called "milkshake murder", a Merrill Lynch banker was clubbed to death in 2003 by his wife, who drugged him beforehand by serving him a milkshake full of sleeping pills.