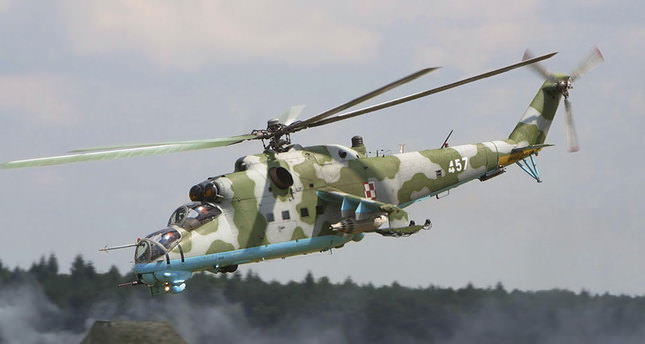 Azerbaijani forces shot down an Armenian military helicopter on Wednesday, the defence ministry in Baku said, in a dramatic flare-up in the arch-foes' longstanding conflict over Nagorny Karabakh.

The downing marks the most serious military incident along the Karabakh frontier since the 1994 ceasefire that ended a bloody conflict over the disputed region.

"On November 12 a MI-24 combat helicopter attempted to attack positions of the Azerbaijani army near (Karabakh's) Agdam district," Azerbaijan's defence ministry said in a statement.

"The helicopter has been shot down by Azerbaijani army," it said, adding that the debris fell on Karabakh territory.

Separatist authorities in Karabakh said a firefight began after the incident and was continuing.

The separatist defence ministry in Karabakh confirmed that their helicopter was downed by Azerbaijani forces "while conducting a training flight as part of military drills."

"The enemy continues to intensively fire in the direction of the incident's site with different caliber small arms," it said.

Azerbaijan considers Karabakh to be illegally occupied by Armenians ever since separatist authorities backed by Yerevan seized control of the region in fighting that left an estimated 30,000 dead.