US to take tough position against China if norms violated 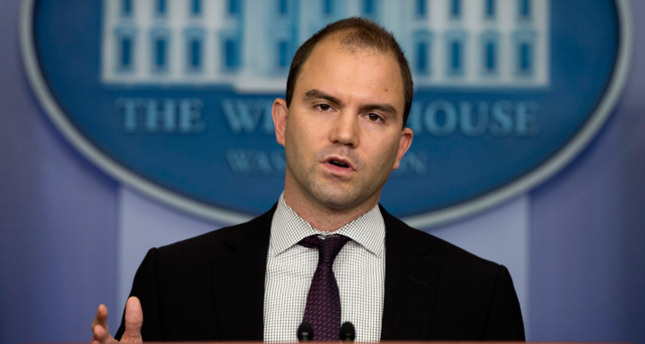 by reuters
Nov 12, 2014 12:00 am
The United States will be "very clear" with China if it veers beyond the bounds of international norms on cyber security and other issues, a senior U.S. official said on Tuesday ahead of a summit between the leaders of the two countries. The comments by Ben Rhodes, a deputy national security adviser, come at a time when Beijing is increasingly assertive in the region and has been pushing to establish institutions that it aims to lead, including a multilateral security forum and an Asian infrastructure investment bank.

Cyber-spying, maritime disputes and a wide range of other issues will come up when U.S. President Barack Obama holds formal talks with Chinese President Xi Jinping on Wednesday, Rhodes said. "We welcome the desire in China that is clearly on display here at the summit, to play a role in the international community that is commensurate with its economic and political standing, and its standing as the world's most populous nation," Rhodes, one of Obama's top White House aides, told reporters. "At the same time, we're going to be very clear when we believe that China's actions are actually pushing outside the boundaries of what we believe to be the necessary international norms that govern relations between nations and the ways in which we resolve disputes."

Obama arrived in China seeking to show renewed commitment to the U.S. strategic "pivot" toward Asia, widely seen as an effort to counter China's rising influence. Despite points of tension in the China-U.S. relationship, Obama struck a positive note on Tuesday in his first one-on-one encounter with Xi on this visit, a necktie-free dinner in Beijing's vermillion-walled leadership compound. "When the U.S. and China are able to work together effectively, the whole world benefits," he said, adding he wanted to "take the relationship to a new level".

Skepticism remains among some Asian allies as to whether the United States can fully engage with the region at a time when it is preoccupied with global crises ranging from the fight against Islamic State, the spread of Ebola and the conflict in Ukraine.

At the same time, the thrashing Obama's Democrats took in last week's congressional elections may weaken his position. But there are several areas of agreement between the two nations. In what appeared to be an early nod to China's concerns, Obama said in an interview to state news agency Xinhua that groups such as the East Turkestan Islamic Movement (ETIM) should not be allowed to establish a safe haven in China's periphery. China says ETIM is seeking to set up a separate state in Xinjiang province in the far west, home to the Muslim Uighur ethnic minority. Rights groups and Uighur exiles dispute the extent of the ETIM threat.