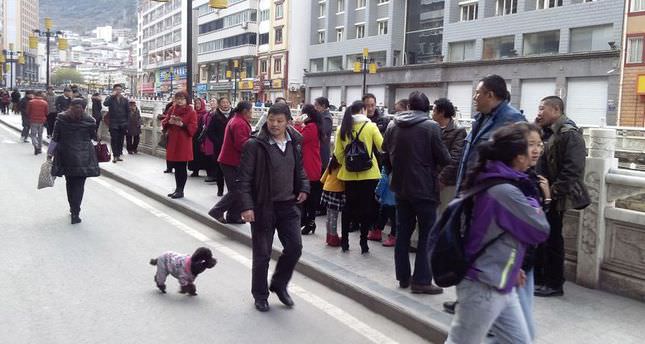 by Nov 22, 2014 12:00 am
An earthquake of magnitude 6.3 hit a remote part of China's southwestern Sichuan province on Saturday, with one death reported so far, the official Xinhua news agency said.

The quake struck more than 40 km from Kangding town at 4:55 p.m., at a depth of about 18 km, according to information from the China Earthquakes Network Centre.

The quake caused buildings to shake violently and an elderly woman was killed after being hit by broken glass.