Obama widens post-2014 combat role for US forces in Afghanistan 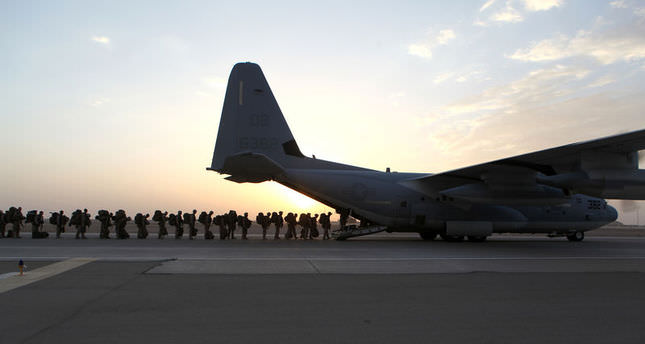 by reuters
Nov 23, 2014 12:00 am
U.S. President Barack Obama has approved plans to give U.S. military commanders a wider role to fight the Taliban alongside Afghan forces after the current mission ends next month, a senior administration official said.

The decision made in recent weeks extends previous plans by authorizing U.S. troops to carry out combat operations against the Taliban to protect Americans and support Afghanistan's security forces as part of the new ISAF Resolute Support mission next year.

Obama had announced in May that U.S. troop levels would be cut to 9,800 by the end of the year, by half again in 2015 and to a normal embassy presence with a security assistance office in Kabul by the end of 2016.

"To the extent that Taliban members directly threaten the United States and coalition forces in Afghanistan or provide direct support to al Qaeda, we will take appropriate measures to keep Americans safe," the official said.

A report by the New York Times late on Friday said the new authorization also allows the deployment of American jets, bombers and drones.

The announcement was welcomed by Afghan police and army commanders after heavy losses against the Taliban this summer.

"This is the decision that we needed to hear ... We could lose battles against the Taliban without direct support from American forces," said Khalil Andarabi, police chief for Wardak province, about an hour's drive from the capital and partly controlled by the Taliban.

Afghan government forces remain in control of all 34 provincial capitals but are suffering a high rate of casualties recently described as unsustainable by a U.S. commander in Afghanistan.

More than 4,600 Afghan force members have been killed since the start of the year, 6.5 percent more than a year ago. Despite being funded with more than $4 billion in aid this year, police and soldiers frequently complain they lack the resources to fight the Taliban on their own. "Right now we don't have heavy weapons, artillery and air support. If Americans launch their own operations and help us, too, then we will be able to tackle Taliban," said senior police detective Asadullah Insafi in eastern Ghazni province.

The Taliban said it is undeterred by the U.S. announcement. "They will continue their killings, night raids and dishonor to the people of Afghanistan in 2015. It will only make us continue our jihad," Taliban spokesman Zabihullah Mujajhid said.
Last Update: Nov 23, 2014 11:37 pm