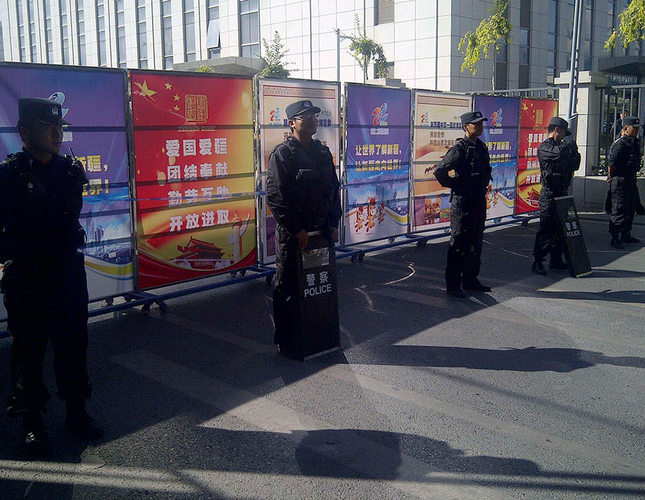 China's western Xinjiang region continues to be a hotspot for ethnic tension and violence, in which Uighur locals are trying to stand against assimilation and repression policies by the Chinese regime. Photo from prominent Uighur academic Ilham Tohti's trial in Xinjiang's capital Urumqi on September, who was later convicted for life imprisonment.

An attack in China's troubled western Xinjiang region left 15 people dead and 14 injured, state media reported Saturday, the latest in a wave of ethnic violence there that has claimed dozens of lives over the past year.

The official Xinhua News Agency said the attack took place at a "food street" Friday in Shache county, the same region where an attack in July left 96 people dead, including 59 assailants.

The Tianshan news portal said the assailants in Friday's attack wielded explosives, knives and at least one vehicle. Xinhua reported that 11 of the 15 people killed were assailants.

Xinjiang has been the site of repeated violence over the past year as members of the Muslim Uighur (WEE-gur) minority group have bristled under what they say is repressive Chinese government rule.