Japan should have sought Turkey’s help for ISIS hostage: expert 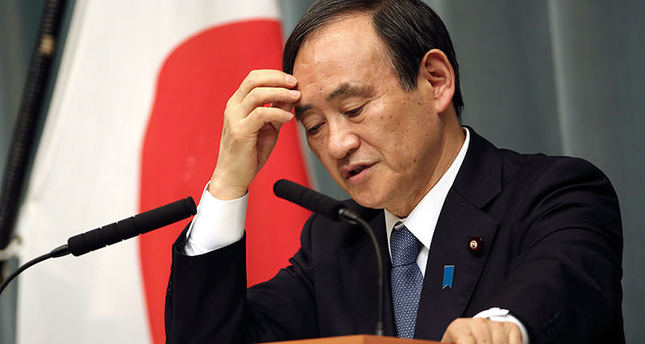 by Daily Sabah with AFP Feb 02, 2015 12:00 am
Japan would have been wiser to seek more help from Turkey - which has previously secured the release of ISIS hostages - as the country reels from news of journalist Kenji Goto's killing, according to Masanori Naito, a professor of Islamic and Middle East studies at Kyoto-based Doshisha University.

In an exclusive interview with the press agency AFP, Naito said: "It's likely the government will start studying the idea of using Japan's military" in situations where Japanese citizens are in danger abroad.

The self-proclaimed Islamic State of Iraq and al-Sham (ISIS) group claimed in a video released on Saturday that it had killed the respected war correspondent Goto - the second purported beheading of a Japanese hostage in a week after the death of his friend Haruna Yukawa.

As the crisis unfolded, Tokyo's relative lack of contacts and know-how in the region became apparent.

Japan seemed almost solely dependent on key ally Jordan -- which was itself trying to free an air force pilot who crashed in ISIS-held territory in late December.

On Sunday Tokyo said it was moving to strengthen its intelligence-gathering operations, as well as boosting security at Japanese facilities around the world.

Some 46 Turkish citizens, among whom were diplomats, consular officials and their families, as well as three Iraqi citizens working for the consulate were kidnapped from the Mosul consulate on June 11, a day after the self-proclaimed Islamic State of Iraq and al-Sham (ISIS) took control of Iraq's second-largest city.

The hostages were brought back to Turkey on September 20, in a pre-planned operation which was conducted with diligence and in total secrecy by Turkish Intelligence officers. Reportedly no ransom was paid in exchange for the release of the hostages, and no clashes took place between Turkish officers and ISIS militants. The operation was also reported to have been conducted without the assistance of international spy agencies.