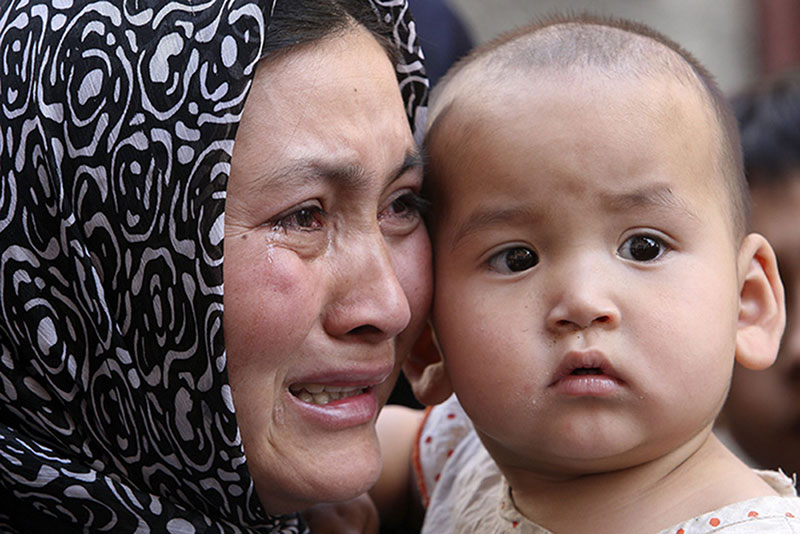 by Mar 12, 2015 12:00 am
A U.N. human rights investigator criticized China's crackdown on Muslim Uighurs in the far western region of Xinjiang on Wednesday, citing "disturbing stories" of harassment and intimidation against the ethnic minority.

Xinjiang has been roiled by ethnic tension between Uighurs and majority Han Chinese. Uighur groups and rights activists say the government's repressive policies in Xinjiang, including controls on Islam, have provoked unrest.

Heiner Bielefeldt, special rapporteur on freedom of religion or belief, told a news briefing that China's actions against the Uighurs were "a major problem".

"I heard, also, very disturbing stories about harassment, for instance, intimidation during Ramadan - children in schools were expected to break their fasting on Ramadan," he said, referring to the month-long religious holiday when observant Muslims do not eat during the day.

Some Xinjiang cities have placed restrictions on Islamic dress, including the capital, Urumqi, which banned the wearing of veils in public late last year.

The Chinese Foreign Ministry spokesman Hong Lei, said the government paid great attention to freedom of religion and it was "baseless" to say there was any kind of repression on religious practices during important festivals.

Bielefeldt said there had been no progress on his office's request to conduct an official visit to China, which was last agreed on in 2004.

Bielefeldt also criticized China for wanting to control the reincarnation of Tibetan monks, saying Beijing was "really destroying the autonomy of religious communities, poisoning the relationship between different sub-groups, creating schisms, pitching people against each other in order to exercise control".

His comments came two days after the Chinese-appointed governor of Tibet said the exiled Tibetan spiritual leader the Dalai Lama was profaning Buddhism by suggesting that he would not be reincarnated when he dies.

Activists have criticized China for using a campaign against militancy in Xinjiang to crack down on Uighurs. Hundreds have died in violence in recent years in predominantly Uighur parts of Xinjiang.

The government has blamed attacks in Xinjiang and elsewhere in China, including Beijing, on Islamist militants from the region. It says separatists there want to set up an independent state called
East Turkestan.

On Thursday, the head of China's Supreme Court said 712 people had been sentenced last year for "separatist activities" or participating in terror attacks, up 13.3 percent on 2013.

"We will actively participate in the fight against terrorism and separatism (and) severely punish violent terrorist crimes according to the law," Chief Justice Zhou Qiang told the annual meeting of parliament.

Bielefeldt said he believed the crackdown on freedom of religion stemmed from nervousness on the part of an "authoritarian" government about people coming together "outside of official channels".